Re-energised in faith while working in Shanghai

August Chow was born in Hong Kong but now lives in Canada. He is a retired actuary and is now studying theology. 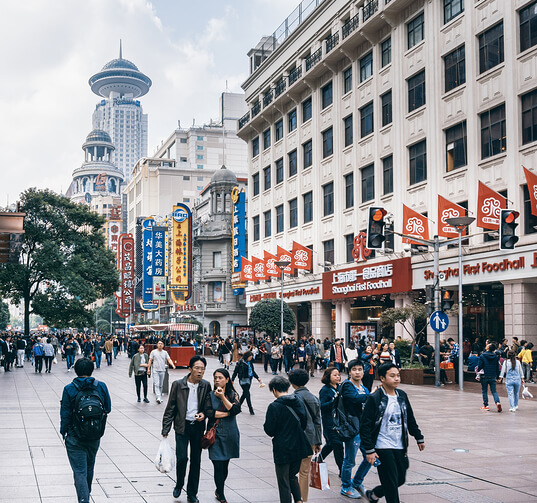 I was a Catholic convert and had been going to church, usually only on Easter Sunday and Christmas Day and occasionally on some Sundays.  In January 2011, I accepted a contract for a full-time job in Shanghai after taking early retirement in Toronto.  Little did I know that God had a plan for me when He sent me to work in Shanghai.

Shortly after I arrived in Shanghai, I made friends with a number of parishioners at Saint Francis Xavier (SFX) church.  Many of them were from Hong Kong, the place where I grew up.  Later in the year, I saw an announcement in the church bulletin that a group of Catholics from the United States would come to Shanghai and conduct an Emmaus retreat for international parishioners one weekend in October.  While it is common to have spiritual retreats in western countries, I never dreamt that such a retreat could be held in a Communist country.  I was curious and, at the very last minute, decided to join the retreat.  Upon reflection, I am glad that I made the choice to join this retreat, during which brothers from the United States shared with us the stories of their journey of faith and their personal relationship with God.  As I listened to their witness talks, I felt very strongly the presence of the Holy Spirit with me and I opened my heart to receive Jesus again.

Returning from the retreat, while the fire was still burning in my heart, I went to see Fr. Lu and signed up to join a number of ministries at SFX, such as the church choir on Saturday and Sunday, lecturing with the Ministry of Word, helping Lao Zhou and Lao Cai at church with odd jobs, participating in a weekly discussion group with brothers every Wednesday morning before work (which meant that I needed to get up at 6 am!), and fundraising for various charitable organizations.

The most grace I received from God was getting to know so many brothers and sisters who would devote their time and accompany me to walk the spiritual journey together, and to provide support and prayers for each other.  Scripture reminded me that one cannot live the Christian life alone as faith does not grow by itself.  A Christian needs friends, community, in addition to family members, for growth and support.  The quotation from Matthew 18:20 reminds me that “For where two or three have gathered together in my name, there am I in the midst of them.”  I was also fortunate to be able to attend three pilgrimages, something that I had never done before.  The visits to the Holy Land in 2013, our Lady of Guadalupe in 2014, and “Following the Foot Steps of Saint Paul” in 2015 will always be memorable and treasured experiences in my life.

At another retreat held in Jin Ze, Shanghai, I learned from a missionary priest the symbolic meaning of a cross - the vertical line represents our relationship with God and the horizontal line represents fellowship with brothers and sisters in the Christian community.  Through friendship and bonding with my fellow Christian brothers and sisters, I learnt that Jesus is my good friend whom I can trust and rely upon in times of joy and sorrow.

After returning to Toronto in early 2015, I finally settled down with my retirement and became a parishioner of several local churches.  I am grateful that God has given me the opportunity to serve Him in various capacities such as being a member of the Knights of Columbus, serving as an Extraordinary Minister of Holy Communion for the Sick at Home / Institutions and volunteering with the Fountains of Love and Life, a multi-media evangelization serving Chinese Catholic communities in Canada and around the world.  And I continue to feed my faith and enrich my understanding of His Word by taking theological courses at the St. Augustine’s Seminary.