The Copenhagen Accord was agreed by the delegates at the 15th Conference of the Parties (COP 15) at the final plenary on 18th of December 2009. The document endorsed the continuation of the Kyoto Protocol which was ratified in 1997. It stressed that climate change is one of the greatest challenges of our time and called for "strong political will to urgently combat climate change in accordance with the principle of common but differentiated responsibilities and respective capabilities." These are key principles in the whole United Nations Framework Convention on Climate Change (UNFCCC). The most important element in the Accord was the recognition that, to prevent dangerous anthropogenic interference with the climate system, it would be necessary to keep the average increase in global temperature below 2 degree Celsius above the pre-industrial level. The Accord went on to recognize that "deep cuts in global emissions are required according to science" (IPCC 4th Assessment Report 2007). and stressed that cooperation in peaking (stopping from rising) global and national greenhouse gas emissions "as soon as possible" is essential." 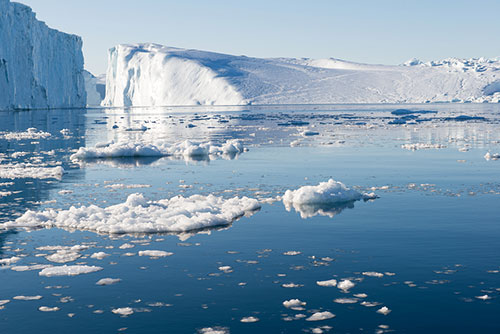 At the moment the chances of restricting the average global temperature rise to below 2 degree Celsius seems slim. None of the pledges made by countries to reduce greenhouse gases would achieve this goal. At the opening of COP 20 in Lima on December 1st 2014, Rajendra Pachauri the Chair of the Intergovernmental Panel on Climate Change (IPCC), pointed out that remaining below the 2 degree Celsius target would require a greenhouse gas decline by 40-70% by 2050, relative to 2010 levels and reach zero by 2100. During the month of November I spent time in China, the Philippines and now here in Peru. In each country the fossil-fuel economy is roaring away at full throttle and renewable energy installations are barely visible.

Scientists point out that even today, with less than 1 degree Celsius warming, major changes are already happening. The Greenland ice sheet is losing ice 6 times faster in 2002 to 2011 than in the previous decade. Recent scientific reports on the West Antarctic Ice Sheet suggest that key glaciers are reaching a point of no return. If this happens sea-levels could rise by 1.2 metres. This would be disastrous for every coastal city in the world, particularly for cities in poor countries such as Bangladesh or the Philippines.

On December 2nd 2014, ECO, the publication of Climate Action Network, argued that a 2 degree Celsius rise would have serious regional impacts across the globe. In Africa, for example, such a scenario would adversely affect fundamentals such as water, food production and the spread of diseases. A 2 degree rise would constitute a disaster for Small Island States because of sea-level rise and less access to water and food. In Asia, it would mean catastrophic flooding, heat waves and more frequent and intense typhoons. In Australia a warmer ocean would bleach the corals on the Great Barrier Reef, while in Central and South America, flooding and landslides would be intensified and water shortages would become common.

For these reasons, many people are beginning to make a strong case for limiting the average rise in global temperature to 1.5 degree Celsius. In, The Fate of Mountain Glaciers in the Anthropocene, from the Pontifical Academy of the Sciences (May 2011), the authors call 1.5 degree rise a safer upper limit. This would mean reducing the amount of CO2 and its equivalent from 402 parts per million (ppm) to 350ppm.

Read another article on COP 20: Day One: Challenges faced at COP 20