Pope Francis is such a popular figure—drawing a crowd of over six million people to a Mass in Manila!—that I couldn’t help but feel smug when I realised that I was already practising what he is preaching!  Well, not always, but at least on this one occasion!

He was speaking on the occasion of the Golden Anniversary of the Pontifical Institute for Arabic and Islamic Studies (PISAI) in Rome.  Almost at the very same time, on the other side of the world, I was teaching a summer school, Introducing Islam, at the Catholic Institute of Sydney. 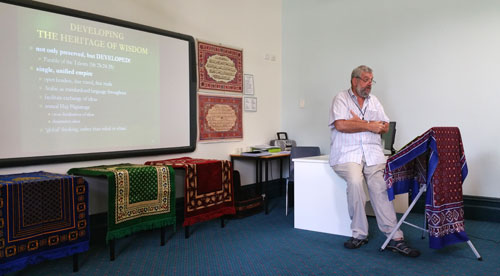 A further connection is that I had done post-graduate studies at PISAI in the mid-eighties.  It is dedicated to forming people to work in Muslim-majority countries such as Pakistan, where I was assigned at that time.

The Holy Father said, “Dialogue begins with encounter.”  Well, I had invited Muslim guest lecturers, so that my students would encounter real, live, flesh-and-blood Muslims, not just hear about them in lectures or read about them in books.  Whenever I teach Islam and Interreligious Dialogue, one of the assessment tasks I set is to meet a believer from another religion, preferably in that person’s place of worship, and write up a report of that encounter. 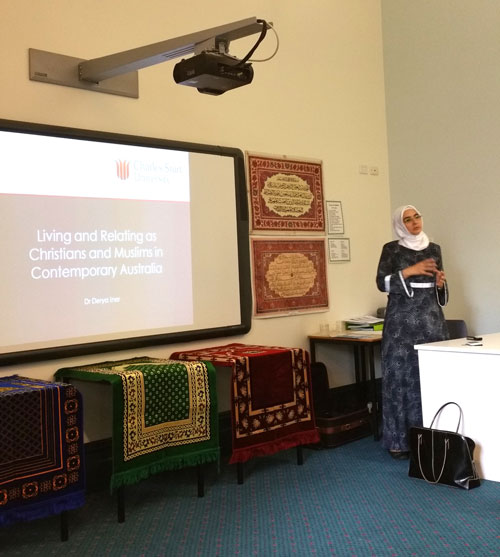 The Holy Father said, “education (is) in no way secondary to a true process of approaching the other.”  Part of loving one’s neighbour is taking the trouble to learn about his or her religion.  The guest lecturers and I educated our students about the origins, beliefs, practices and history of Islam as first steps towards building respectful relations with Muslims.

The Pope highlighted the urgency of dialogue in today’s world. “Perhaps there has never been a greater need, since the most effective antidote to violence is teaching the discovery and acceptance of difference as richness and fruitfulness.”  In the city shaken by the violent siege and its tragic outcome just one month earlier, the guest lecturers and I presented the very remedy the Pope proposed.  We presented Muslims and their religion, not as objects of fear, but as subjects who can enrich our lives and our society, especially when we learn from each other and collaborate together on shared values.

By acquiring knowledge, the Holy Father said, “one tip-toes toward the other without stirring up the dust that clouds one’s vision”.  What a lovely expression!  Yes, learning is always baby steps!  It is a slow and patient process.  It is overcoming the ignorance, prejudice, fear and suspicion that veil our eyes until at last we see the other clearly.  We set our students well along the way on that path.

The Holy Father concluded by referring to “the passionate, patient and vigorous search for truth and beauty, sown by the Creator in the heart of every man and woman and truly visible in every authentic religious expression.”  Through our summer school, we glimpsed those delights in our Muslim guests and in our subject, Islam, whetting our appetites for more.

But perhaps I am blowing my own trumpet!  Here’s some of what my students said:

And here’s what some of my guest lecturers said:

When I bemoaned that there were only nine students, one guest lecturer consoled me saying, “I believe quality is always superior to quantity”; and another said, “nine people is nine better than none!”

But I can’t help but ask myself, along the lines of Luke 17:17, “Were not many more in need of being cured of ignorance and Islamophobia?  But the other nine, where are they?”

Maybe they’ll heed Pope Francis too and enrol next year!?

Fr Patrick McInerney SSC is the Co-odinator of the Centre for Christian Muslim Relations.