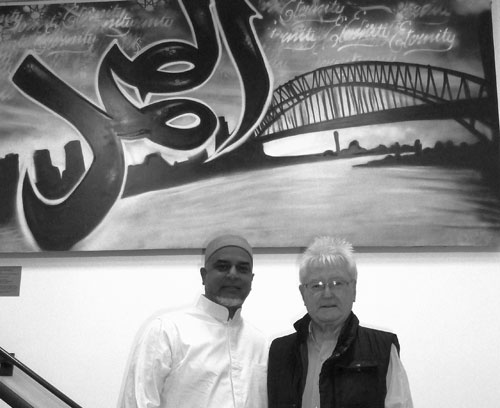 One hundred and fifty artists, liturgists, academics and people searching to find the divine present in their lives gathered at a conference titled ‘Grounding the Sacred through Literature and the Arts’. It was held 23-26 July 2015 at the Australian Catholic University Strathfield campus. Columban Charles Rue presented a paper.

Rachael Kohn, producer and presenter of ‘The Spirit of Things’ on ABC Radio for 18 years, was one of the speakers. She told of how she has been dedicated to the arts as a major expression of our spiritual values. Through radio she has been able to reach out to listeners helping open up their world of imagination and feeling to the presence of the divine.

Rachael spoke on how engaging sacred texts often opens up spiritual pathways. She told of three people from different traditions who knew each other in Argentina – Pope Francis, a Rabbi and an Imam – and how they were led by their religious texts to grow in their faiths, dialogue and friendship.

Another presenter was Imam Afroz Ali of the Al-Ghazzali Centre. Members of the Columban Mission Institute, and the Faith and Ecology Network (FEN) which it facilitates, have had a decade long close working relationship with the Iman as a friend. He spoke on how the divine is known experientially through signs, through sacred texts and mystical narratives. These help make accessible the divine attributes. 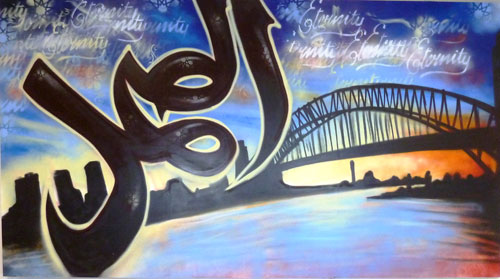 Afroz has also been long been associated with the Australian Catholic University from when his Centre presented a painting to the Strathfield campus. It combines Arabic calligraphy with the Sydney cultural heritage of  the word ‘Eternity’ written thousands of times on its footpaths. To create the painting, an Arabic pop artist used his calligraphy to remember the word eternity drawn in 2000 in lights on the Harbour bridge.

Charles Rue presented a paper on the structured package of the reformed Christian Liturgical Year and Scripture Readings post Vatican II as work of art. It is art in its own right and forms the frame for an experience of performance art. 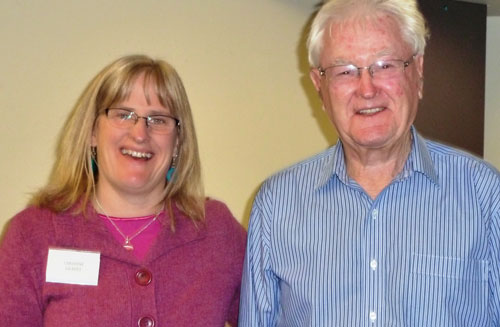 He went on to suggest that a further 21st century reform of the Vatican II liturgy is in the wind. It aims to insert a September ‘Season of Creation’ within the liturgical year. Proponents say it would both open believers to appreciate the modern insights of the ecological sciences and better find the voice of earth in the Scriptures. Introducing such a season would be a practical and structural way to implement the environmental vision of Pope Francis presented in this latest encyclical.

Mission takes on ever new forms. Celebrating a ‘Season of Creation’ would have believers give knowing and active witness to a new awareness of the thirteen billion years unfolding Reign of God; witness to the mystery of God present in creating the entire cosmos and its evolution; challenging them to embrace all creation and peoples in their spiritual journey, hopes as well as pain.