Let it be quick 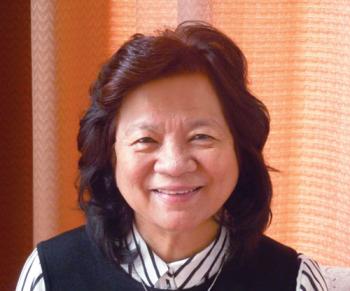 
Darkness had fallen on the mountain. Inside the house the mother, Rosario, was cooking vegetables and rice for the evening meal, while her four children played and laughed around the kitchen. I was staying with the family while working with the tribal people in the Philippines. This was in the late 90s; I had been there for four years.

Suddenly a shout rang out, “Who’s there?” The children's laughter stopped; I clutched the baby tightly, the mother froze. Again, louder this time, “Who’s there?” The mother went to the door. “Me and my children... “Me and my children,” the mother repeated. She glanced at me, mouthing 'NPA’ (New People’s Army, the Communist Insurrection Movement). The soldier trained his gun on her, “You have a guest. Who is it?” She was silent. She knew she was facing soldiers who would shoot her and her children.

I quickly handed her the baby, “You are looking for me. Leave them alone" I said. My heart was thumping, my knees trembling.

“Come,” the leader barked, pulling me out the door. Surrounded by his men we walked to the top of the mountain, an hour’s journey. I knew they were the guerrillas who terrorized the tribal people of the hillsides, forcing them to hand over rice and chickens and whatever vegetables they had. We had heard of the people’s suffering and Bishop Cabrera of the Diocese of Alaminos in Pangasinan had asked us Columban Sisters to help.

At first, no one knew how to make contact with the tribal people. Then we had an idea to go to the local market with hope the tribal people came down to sell their goods. Sure enough I met some of the people from the Kankanaey and Ibaloy tribes and told them of our desire to help.

A short time later a few of the women took me to meet some of the leaders. I asked them what their needs were: "We cannot till the land,” one man spoke. “The NPA have taken all our carabaos (water-buffalo) and now we have no rice; our people are starving. Look at our children, their bellies are swollen, their eyes sunk in their skulls". I saw so many of the listless little ones.

If they could not till the land they were doomed. I went back down the mountain determined to get carabaos for them. And, by God’s providence and the generosity of Columban benefactors we raised enough funds to buy a good number of animals. Almost at once their situation changed. Their health improved; their children grew strong; they sang tribal songs again.

I met regularly with the leaders who organised the distribution of the carabaos, so that each farmer could have one for a time until we had enough for all. “Now we eat three times a day”, one man said to me, with a wide smile. The leaders worked with me and saw that there was a fair distribution, so that everyone could be helped. When a carabao had a calf, that calf was looked after and so, gradually the stock built up.

This was the reason, why now, I found myself surrounded by fifteen guerrillas, their guns trained on me. I was terrified. The interrogation began. Where had I come from? What did I mean by giving the farmers the animals? Who was behind this? It went on and on.

“O Lord,” I prayed silently, “Give me a clear mind. Don’t let me panic. Stand with me”.

Suddenly, I remembered the training we had undergone each week when I was in Peru some years before. Training on what to do if the Sendero Luminoso, the Shining Path terrorists attacked us: ‘Don’t panic. Challenge them.’ So I told the men the money came from people who cared deeply for the poor. I told them I was a missionary sister. I told them I knew they would kill me, already their guns were pointed on me. "But," I said, "You will be the loser. Your children will suffer. Your wives will be shunned. You will lose face before all the people, especially the tribes. Already you steal their food; you destroy their lives. But people will not stand for it if you kill me. As for me, I have no children; I have no money; I have nothing to lose. Go ahead and kill me. But let me tell you that there will be an outcry not only in this country, but people all over will condemn you because I belong to an international congregation with Sisters in the East and in the West." 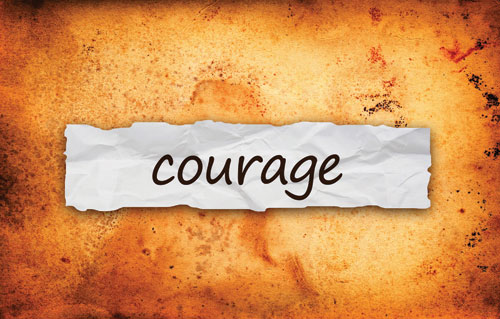 In my trembling heart I was praying, "Lord, let it be quick. Don’t let them torture me; I’m so afraid." I was amazed that my voice was so steady, as though I was fearless. I remembered the words of Jesus, Don’t worry on what to say, the Spirit will give you the words. The men sat in silence. A few of them went aside arguing about me. Then the leader came back and said, “We’ll let you go now. But if you tell anyone we’ll come after you.” Then they shoved me down the path. Oh, the relief! I was still scared but how I thanked God over and over.

Later that day, I met with the tribal leaders and told them, “I’m all right,” I told them, “But I can’t talk about it.”

They understood. We went ahead and visited the eight families who had been promised funds; this was the last of the money we had received and I wanted to finish the work we set out to do before I returned to the convent. For the next four days I went around with the tribal men until we finished the distribution and saw that everyone was seen to. The people protected me. I knew that I may not see them again, and my heart was breaking at having to leave.

When I returned to the convent community I was nervous, overcome with checking doors and windows, startled at the slightest sound, tense all the time. Finally the Sisters sat me down, "What happened, Grace?" So I told them. Of course they were very shocked, and at once made plans to get me to Manila and eventually out of the country.

Sr Grace de Leon is a Filipina Columban Sister who has worked in Peru, Hong Kong, the US and the Philippines.

Read more from the current The Far East Magazine

Read more from the current E-News