To ensure Manila is presentable for Pope Francis’ visit, street children as young as five have been detained next to convicts in centres notorious for brutality, abuse and neglect. Simon Parry goes on a rescue mission with Father Shay Cullen. 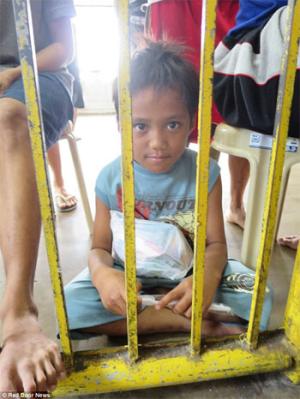 A seven-year-old boy stares nervously through the bars of the detention centre in Manila. Then, as charity workers gently explain to him that he is being taken to a children’s home in the countryside, his face breaks out into a broad grin.

“Will there be toys there?” he asks.

Mak-Mak is among the few lucky ones. Put behind bars last month as part of a campaign to clear street children from the part of the Philippine capital to be visited by Pope Francis, Mak-Mak’s nightmare is over, although it may take a long time to rid himself of the demons the nightmare brought with it.

With dozens of other children, he spent Christmas and New Year locked up in a concrete pen next to one holding convicted adult criminals in the grotesquely named House of Hope, where many children are brutalised and abused.

In recent weeks, hundreds of children have been rounded up from shop door-ways and roadsides by police and officials and put behind bars to make the city more presentable during Pope Francis’ five-day visit, which begins today. In a blatant violation of the country’s child-protection laws, the terrified youngsters are locked up in filthy detention centres, where they sleep on concrete floors and where many are beaten or abused by older or adult prisoners and, in some cases, starved.

A few minutes’ drive from some of the 17 detention centres that hold Manila’s street children, an estimated six million people will on Sunday attend an open-air mass conducted by Pope Francis in Rizal Park, watched by a global television audience. City officials appear determined to ensure the urchins – normally a ubiquitous sight in the poverty-racked city – are nowhere to be seen, at least along the routes where the pope’s cavalcade will travel. One has openly admitted there has been a major round-up to ensure street children are not encountered by the pontiff

I have gained rare access to the House of Hope with Nobel Peace Prize-nominated Irish missionary Father Shay Cullen, 71, who, with pre-arranged paperwork at the ready, secures the release of Mak-Mak and another boy, aged 11 – their cases having been highlighted by social workers – before taking them to his Preda Foundation shelter for children, 160km away, in Subic Bay. 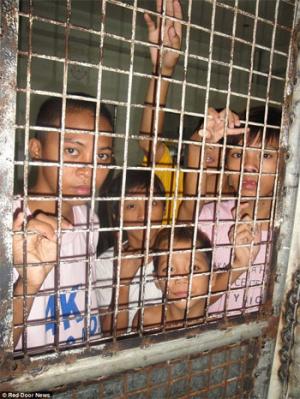 The House of Hope is set amid the slums of Manila’s Paranaque district. Guiltless children are kept behind bars, made to go to the toilet in buckets and fed leftovers, which they eat from the floor. If past round-ups are any guide, some will be held for months before being freed.

Adult convicts are kept in a pen next to compounds holding boys and girls separately and freely enter the children’s enclosures at certain times of the day, inmates and regular visitors to the centre tell us. Officials either ignore or fail to see any abuse.

“Lots of children have been brought here lately,” says Paulo, 42, an inmate. “We’re told they’re being picked up from under the road bridges where the pope will travel.”

“These kids are totally without protection. They have no legal representation. They are just put in jail and left to fend for themselves.” 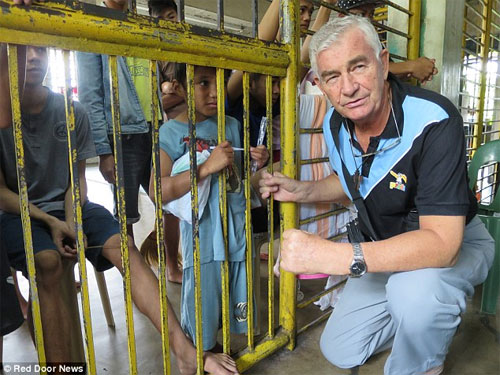 Pope Francis famously washed the feet of inmates in a youth detention centre in Rome, in 2013, but Father Shay, who has run his mission in the Philippines for 40 years, says, “Sadly, there is no way the pope will be visiting these detention centres in Manila.