Driving through the desert in northern Mexico, Columban Fr Kevin Mullins was stopped and held at gunpoint, writes Mark Bowling at the The Catholic Leader. 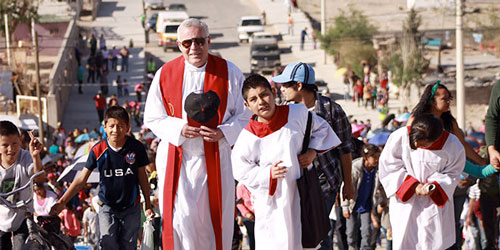 "Three guys with ski masks, blue overalls and AK47s jumped out of a van, dragged me out of my car and held one of the AK 47s to my temple," Fr Mullins said.

"And I thought it would be a shame for a young Queenslander to be killed off so soon.

"My hands were trembling, but I was also hopeful.

"I had a packet of cigarettes in my pocket so I pulled them out and said 'Does anyone want a smoke?'"

That broke the ice. Fr Mullins handed around cigarettes, and explained that he was the priest from down the hill in the local parish.

"It was nerve-wracking for a while there," he said. 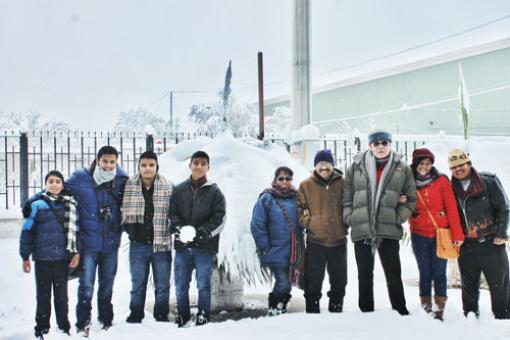 Fr Mullins, 63, is the priest of Corpus Christi Parish, Ciudad Juarez, which takes in the shanty towns of the northern Mexican region and extends to a massive steel fence at the United States border, making it a major point of entry for drugs into the US, and a haven for crime gangs.

Fr Mullins has spent the past 16 years in Mexico as a missionary, and before that he was in Chile for 22 years. He has had numerous brushes with death.

In Mexico at least 31 priests have been killed since 2006 – many of them brutally murdered.

Fr Mullins recalls a priest stabbed to death in his own parish.

The latest death, this month, was Fr Joaquin Hernandez Sifuentes, a parish priest kidnapped in the northern state of Coahuila.

In a troubled world of gang violence and extortion - in countries like Mexico, Chile and Peru - it's open season on priests.

Columban Fr Kevin Mullins spent many years in Chile before moving to the border between Mexico and the USA.

FULL STORY - Australian priest who was held at gunpoint in Jaurez says the murder capital of Mexico is his first love (Read full story: The Catholic Leader) 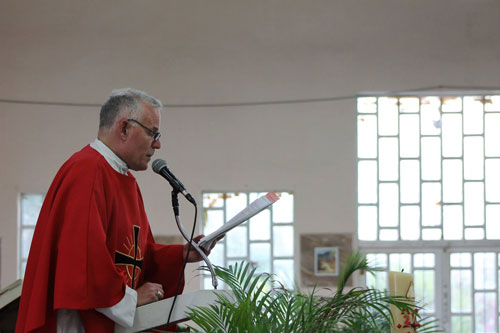