Mission in a Muslim Country

“Allahu akbar, God is greater,” begins the call to prayer from the loud speakers of the thousands of mosques throughout Pakistan. We absolutely say AMEN to the GREATNESS of GOD.

Pakistan has a population of two hundred million people of whom about 96% are Muslim, 2% Christian, and 2% Hindu. Columbans first came on mission to Pakistan in 1979. Over the years many have come and many have gone. There have been female and male, religious Sisters, lay and ordained, and students in formation. They have come from many cultures and nationalities.

Columbans have been on mission in Lahore Diocese in the Punjab Province and in Hyderabad Diocese in the Sindh Province. At present we are a small group of eight in Hyderabad Diocese. We are especially committed to five priority areas of mission: solidarity with the poor, solidarity with tribal people, justice and peace and the integrity of creation, inter-faith dialogue and local church formation.

A project which is of great need is the Health and Tuberculosis Clinic based in the Badin Parish Church Compound. Badin is a city in the Badin District in the interior area of Sindh. The government allocates a small amount of money in the health budget whereas defence is allocated a major amount of the budget, roughly 38 times the amount spent on health. Hence the great need for the health clinic to be at the service of the sick and poor. Friday is the special day for patients to come to the clinic. Doctor Zakir, a Muslim, is the doctor in attendance each Friday assisted by our clinic staff. Patients come with a variety of diseases and sicknesses. The main ones being Hepatitis C, anaemia, malaria, diarrhoea, tuberculosis, chicken pox and skin diseases.

The patients are mainly very poor. They are Muslim, Christian, Hindu and are from various tribal peoples. Most live in villages where living conditions are very primitive, such as no running water, no toilet facilities and no electricity. One is often touched on seeing their pitiable health condition. It is especially heart-rending to meet a child of one year of age suffering from tuberculosis.

In 2016, Doctor Zakir had 1,788 patient visits at the clinic! The health clinic has a special mission in the care of tuberculosis patients, mainly lung tuberculosis. People become victims of tuberculosis because of poor nutrition, bad hygiene and from smoking. When a person returns positive results to tuberculosis tests for blood, sputum and chest X-Ray, treatment is begun. The improved course is for six months. As a help to build up the health strength of the patients, vitamins and syrup is also given with the tuberculosis medicines.

The patient’s name, tribe, address, age, weight and where possible mobile phone number is recorded. A card is given to the patient stating the date when they must return to the clinic for a check-up and to receive another supply of medicines. Awareness is given to the patient and family members accompanying them about the medicines, diet and cleanliness. If they accept this advice they then promise to cooperate and be responsible with the course and clinic staff. Most patients are illiterate, so the information is clearly communicated. 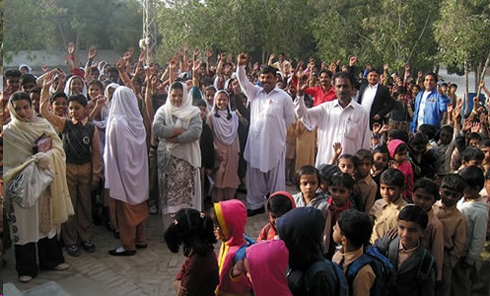 A token fee of fifty cents is paid to the clinic. However, if a patient is too poor, this fee is wavered. Sometimes a patient may have to travel a long distance by bus from their village. In this case the fee is forgiven and a double supply of drugs are given to last a full month.

It is extremely important that victims of tuberculosis every day continue their treatment. For various reasons sometimes patients do not return to the clinic for follow up checks and discontinue taking the medicines. The clinic staff then go in search of them. If they are able to find them the patient is asked why did they not come for their check-up.

Reasons given are… “I stopped because I experienced some side effects from the medicines.” “I went to another doctor because after two weeks of drugs I was still weak so I had hope that another doctor would cure me quickly.” “I did not have money to travel to your clinic as my husband would not give me money.” “I did not have money to travel to the clinic as the landlord on whose crops I till would not advance me any money.” “I was not quickly improving in health so I went off to see the witch doctor.” “We went eight hours travel away from Badin for to labour in the rice harvest to be able to obtain food to eat.”

Sometimes when a woman is sick her husband and his family will send her off to her own parents to care for her. When this is the case, at times the health centre staff are able to reconcile families. During 2016, 146 tuberculosis patients completed the course and were fully cured. Twenty-three went missing and were unable to be traced. Four were referred to another hospital for further investigation, and sadly four died.

Miriam Nasir, who is a staff member tells the story of Husanna. Husanna, a Muslim woman, was aged twenty when she came to our clinic for treatment. Her father Isaac brought her on his bicycle. He told me that his daughter is so sick and weak that she will die. He kept bringing her on his bicycle every second Friday for her check-up and new supply of medicines.

After some weeks Husanna gained some weight and became stronger. She lived outside of the city of Badin and having regained some of her strength she then did not need her father to bring her on his bicycle and so walked to the clinic. After completing the full treatment, she was fully cured. Husanna was so delighted to have recovered her health again. She was so thankful to God and to the clinic staff that she happily gave sweets to the staff as a symbol of her gratitude for their love and care. Some months later she was married.

Columbans here in Pakistan are extremely grateful for the support in many ways, both materially and spiritually, of our generous benefactors. You share with us in being part of trying to share in the Reign of God in this part of the vineyard. Jesus proclaimed, "When I was hungry you gave me to eat." We could add…"When I was poor and sick you cared, helped and cured me."

Next to the clinic is a mosque. As the Friday’s clinic finished for the day the Maulvi (prayer leader in the mosque) gives the call for the main prayer of the week. “Allahu akbar, God is greater.” Each Friday a few hours later in the church we celebrate Mass in the language of the Parkari Kholi tribal people. We can also pray in the words of Mary. “My soul proclaims the greatness of the Lord, my spirit exults in God my Saviour! …The Almighty has done great things for me, Holy is God’s name…God has put down the mighty from their thrones, and lifted up those who are downtrodden…”