With love from Lancashire Hill to Lima 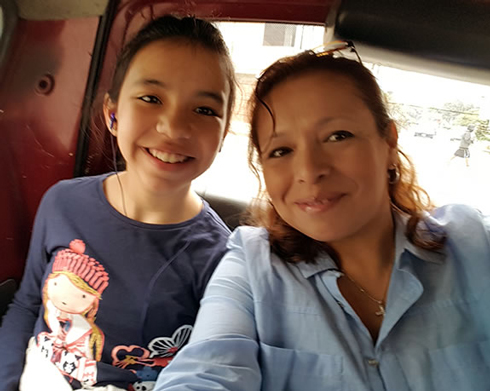 Milly Hampson is 11-years-old. She lives with her parents Darren and Beatriz in a tower block of flats overlooking the River Mersey in a rather unfashionable part of Stockport, Greater Manchester (UK) called Lancashire Hill.

I have known her parents for over 20 years and celebrated their wedding. Stockport is my hometown. Beatriz is Peruvian and at the time of their marriage she was living in a Columban parish in Lima near my own.

In March 2017 Milly was upset to see how a series of massive flash floods had wreaked havoc in parts of her mother's homeland. These had been caused by an unusual fluctuation in the offshore currents of the Pacific Ocean, a phenomenon known as the "Niño Costero", or, "The Child of the Coast."

She decided to do something about it. She obtained permission from the headmistress of her local Catholic primary school to hold a "pyjama party" - and raised $250. Inspired by her example, her Mum organized a tea party for neighbours that brought in another $300. They got in touch with me in Lima, and thanks to the generosity of benefactors I was able to double the amount to a total of $1,100.

Not to be outdone, her dad Darren then offered to pay airfares to Peru for Milly and Beatriz, so that they could come and buy items and personally hand them over to victims of the floods.

The Columban Fathers in Peru had been working closely with the Manchester-based Loreto Sisters. These had "adopted" one small community on the edge of Lima, called "Las Riberas de Cajamarquilla." Of its 23 families, 11 had seen their homes completely destroyed. The other 12 houses had been severely damaged. Roads and service lines had also been washed away. 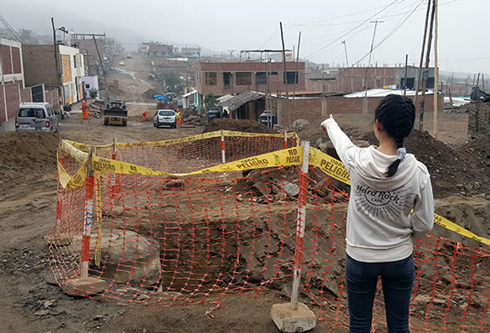 The Loretos and Columbans had provided food and medical supplies as a first response. The government had set up tents for the homeless and installed temporary access bridges. The Sisters had secured financing for 11 pre-fabricated bungalows. What was needed next was a supply of water tanks for the new houses. This was because, with no running water, tankers were going round filling makeshift cisterns. The Sisters wanted to buy 11 purpose-built 1,000-litre household tanks with filters, to ensure that the affected families had access to clean drinking water.

The trip to Cajamarquilla was a real adventure, as many roads and bridges were still out of action, but our trusty driver Enrique finally got us there, just in time for the delivery of the tanks. The community, led by their leader Señor Zenobio, were there to meet us, and we then presented the tanks to each family during a ceremony in which Milly played a starring role.

Work goes on to find funding for other needs of the community, but we'd taken a great step forward, and all due to the inspiration of an 11-year-old schoolgirl. 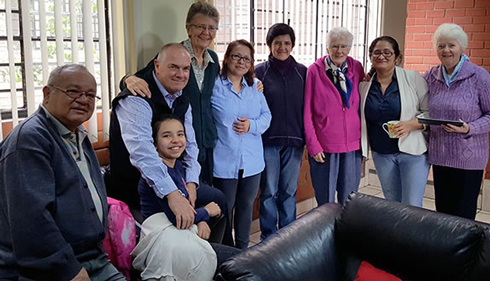