Do Whatever You Can, Using the Talents We Have

"The Columbans are still interested." With those words, Fr. Tom Shaughnessy concluded his letter to Andrei Paz. It was an invitation which put the young philosophy graduate back on track to becoming a Columban missionary.

Thirty-six-year-old Fr. Andrei is from the Philippines. He joined the Columbans in 1998 and was ordained a priest in 2009. He has since served in the Philippines, Taiwan and China. For the past three years, he has been studying at Creighton University in Omaha, Nebraska for a doctorate in occupational therapy which he successfully graduated within May 2018.

He grew up in Bangar in the Province of La Union in the Philippines. He learned about the Missionary Society of St. Columban through a vocations campaign which brought a Columban priest to his secondary school. "At the time I was quite interested in missionary orders because I have a granduncle who is a missionary and he had worked in Mexico and the Dominican Republic. I used to correspond with him."

The visiting Columban left some copies of the Columban magazine and these helped Andrei get "very interested in how the Columbans do missionary work." While the written word was helpful to him in discerning his future path, it was actually meeting Columbans that proved "more powerful." 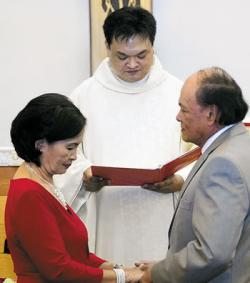 After he joined in 1998, he did his initial formation with the Columbans in Cebu, where he studied philosophy at the University of San Carlos. But two years into formation he decided to leave. "I continued my studies at the university and lived in a very poor area with a poor family; I wanted to help them. I was planning on finding a job in Cebu and continuing to live with the family so as to help them."

The Columbans had just started up an accompaniment program, and Fr. Tom Shaughnessy was "instrumental" in his decision to return and take part in the program in 2002. "If it hadn't been for him, maybe I would not be here today."

Fr. Andrei has an older sister, an older brother and a younger sister. His siblings and their families all live in Canada; in 2015 his parents moved there too. "After my parents moved, it dawned on me that I now have no place to call home because if I go to the Philippines, none of my family is there; and if I go to Canada, even though my family are there, I don't really feel at home."

After studying in Manila for two years, in 2004. Fr Andrei went to Chicago to study theology. In 2006 he did his overseas missionary placement in China and later he returned to Chicago to finish his theology studies. Then in 2009 he was ordained a deacon in Chicago and in December that same year he was ordained to the priesthood in the Philippines.

Immediately after ordination, "I worked for about nine months in the Columban parish of Malate in Manila. It is a very poor area, and so it is a good preparation for mission. I was sent to Taiwan in 2010."

Learning the language was "very hard" but he explains that "once you get it, you enjoy it because there is real satisfaction in talking with other people and understanding what they are saying."

During his three years in Taiwan, Fr. Andrei worked with the Atayals, a tribal people, who live in the mountains in the center of the country, along with Columban lay missionary, Vida Amor Hequilan and Columban Fr. Larry Barnett from New Zealand.

"I enjoyed it very much because the people didn't really care if you are good at the language or intelligent or if you could preach really well. What they cared about was that you cared about them and that you would go to their homes and eat with them, sing with them and laugh with them."

The Atayals are marginalised and discriminated against within Taiwan, he explains. "They are seen as people from the mountains and stereotyped as drunkards, poor farmers and uneducated." The role of the Columbans was to "accompany them and show them that we are interested in them and that God believes in them." 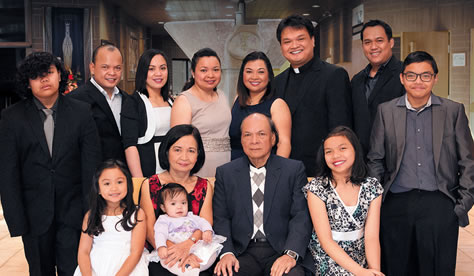 Prior to his appointment to mainland China, Fr. Andrei had wanted to work with people with disabilities. He had identified occupational therapy as something that would enable him to fulfil this calling. But as it turned out, he was appointed to China immediately and began working as vocations coordinator after he arrives there is October 2013. In between travelling around the country and meeting young people who were interested in exploring a vocation to Columban missionary priesthood, he visited a number of orphanages, particularly one in north-west China, where there were no professionals working with the children.

"The children would wait every day to be fed. They had no activities" and he realised that if he were trained he could make a difference in their lives. He was reading Pope Francis' "Joy of the Gospel" at the time, and he was "inspired by the Pope's encouragement to be creative in ministry and get your feet or hands dirty."

His hope, having now graduated, is to return to China to practice occupational therapy there. "But I've seen how plans can change; I am just open to whatever comes along. When Bishop Galvin encouraged the first group of Columbans in China, he said 'Do whatever you can.' That is the saying of Bishop Galvin's that I like most because we are all unique, we have different talents and skills, and we have to use whatever talents we have."

Fr Andrei Paz is a Filipino Columban missionary who hopes to use his skills as an occupational therapist to help those marginalised by their disabilities.