Board of directors of the Global Catholic Climate Movement met with Pope Francis. 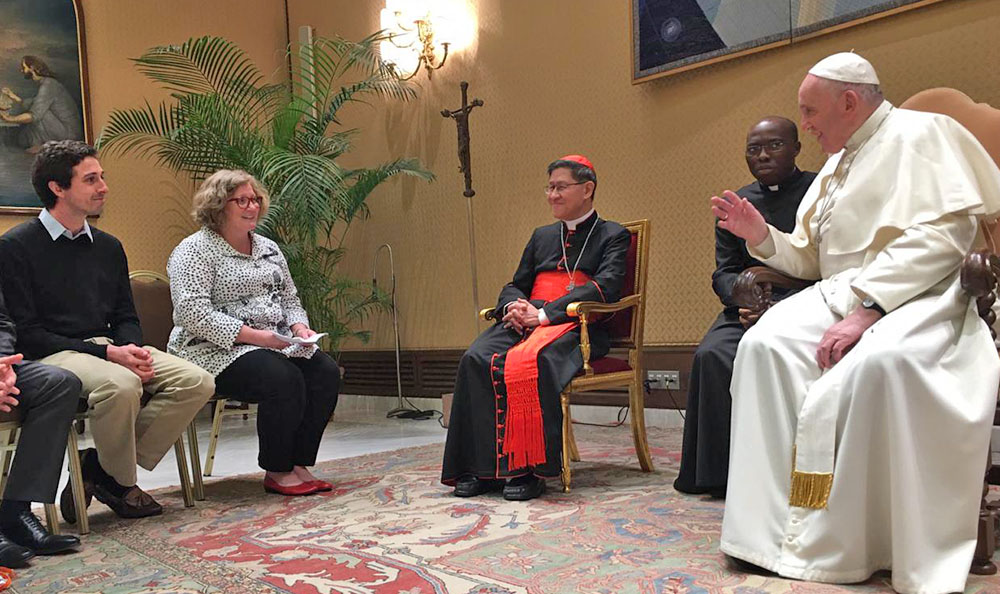 Board of directors of the Global Catholic Climate Movement with Pope Francis. Photo: Tomás Insua, Twitter

Pope Francis met with the board of directors of the Global Catholic Climate Movement, which aims to bring the environmental values of the Pope’s encyclical Laudato Si to life around the world. Also present in the meeting was the Filipino Cardinal Luis Tagle, prefect of the Congregation for the Evangelization of Peoples. Member got the opportunity to speak directly to Pope Francis.

Amy Echeverria, International Columban JPIC Coordinator who is also a member of GCCM’s Board of Directors, expressed her gratitude to be with the Pope.

Pope thanked the group and made them smile with his final request to “Be Greener!”. The Global Catholic Climate movement counts on a network of over 900 member organizations spread across the globe.

Here is a summary of the meeting from Rome Reports: