Pentecost - A Church guided by the same Spirit then and now. 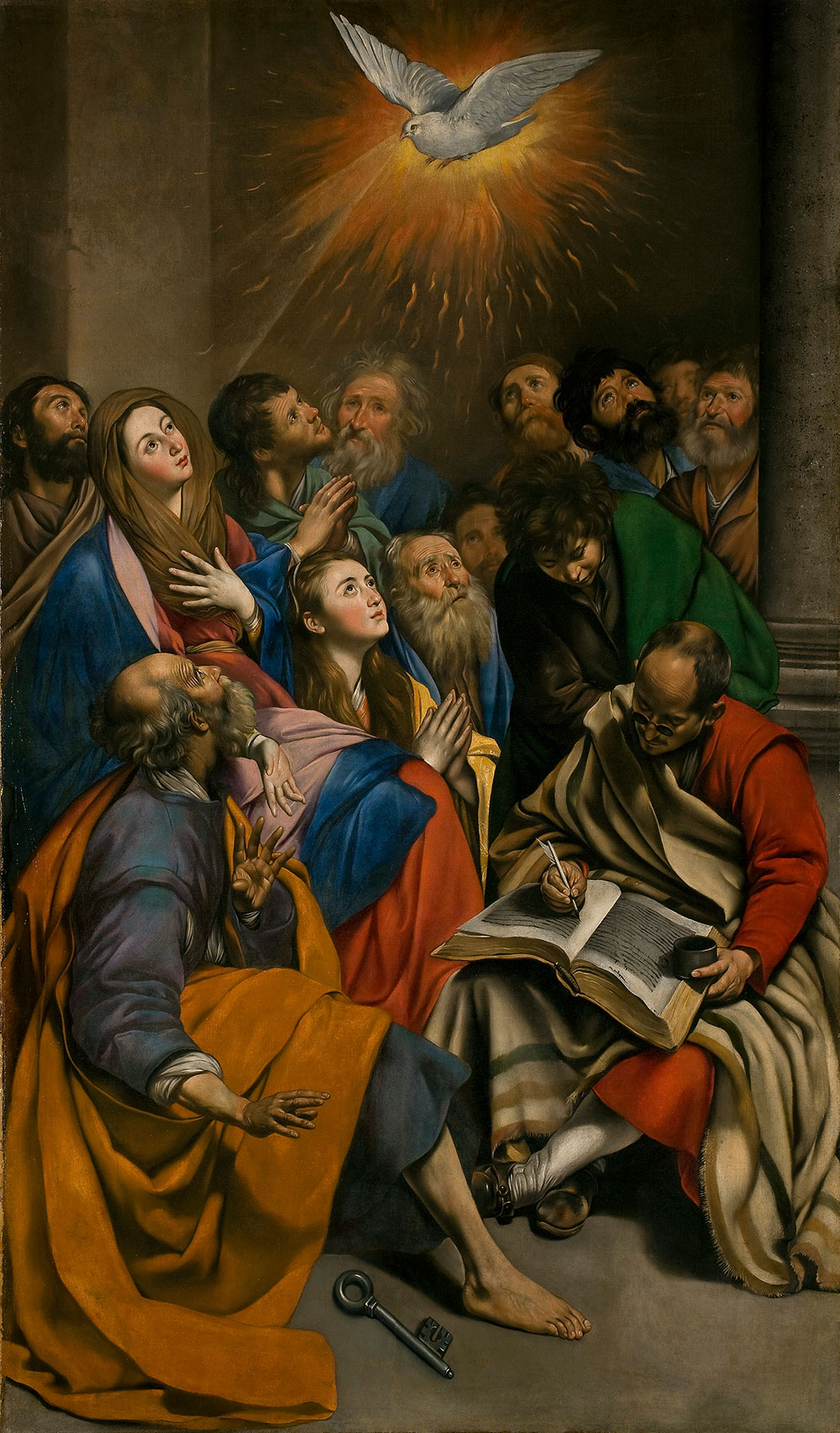 Malcolm Muggeridge, the journalist who made Mother Teresa of Calcutta ‘famous’ through his documentary on her life and work, Something Beautiful for God. Eventually, he was received into the Church due to the influence of Mother Teresa’s personal faith and her commitment to the poorest of the poor.

In the light of these initiatives of God, we can be confident that God will guide the Church and point the way forward in changing times and circumstances like today. The way will not necessarily be easy, Jesus said that his followers would have to carry their crosses and history shows how true this has been.

We can gain some insight for our present time by reflecting on what happened after Pentecost.

We read about Peter who preached with conviction about the person of Jesus and the role he had to play in God’s plan, the mission he gave to his disciples to carry on through all ages.

As the apostles and disciples were emboldened by the Holy Spirit, they came into conflict with the authorities and Stephen was stoned to death by them. The young man who held their clothes and approved of the killing was Saul who became Paul, the outstanding apostle of the Gentiles. Saul met Jesus on the road to Damascus, the Holy Spirit’s initiative again and the encounter changed his life forever.

Crucially, The Holy Spirit initiated the entry of the gentiles into the community. It is difficult to believe that the fledgling Church would have been able to believe that pagans could be called by God to join them. How could God call for pagans to belong to the people of God?

But the Holy Spirit arranged for Peter to meet Cornelius who was described as a good man and friend of the Jews but was also, in fact, a Roman centurion. The Romans were the occupying enemy. Yet the Holy Spirit came down on Cornelius’ household and they became believers.

It was as though the Holy Spirit was not following a plan that we would have put in place, but following a larger and deeper plan which continues to unfold through the centuries. The world is a very different place now to the time of Jesus and the apostles but we belong to the same Church guided by the same Spirit.