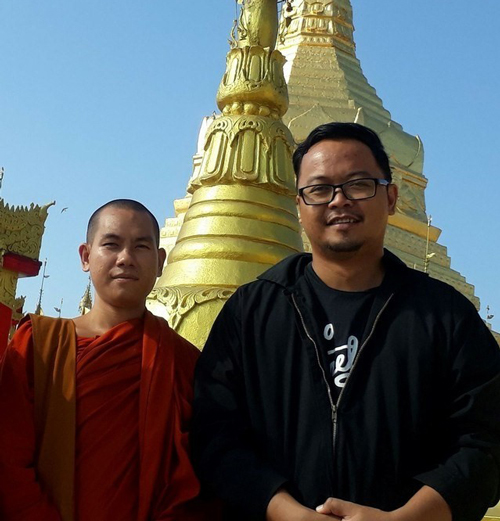 It has been a year since I moved to the village of Kanni on the outskirts of the city of Mandalay in the Union of Myanmar. Still, not a drop of rain has fallen, as evidenced by the dry canals and parched land.

There is an urgent sense of desperation in waiting for the rain to fall, because many have prepared the land for the planting of peanuts and sesame, two important crops for the village.

“Did the rains come for Thingyan (New Year or Harvest Festival. Usually in April)?” I asked Shwebo. “No, they didn’t, and the flowers did not bloom,” he replied. Shwebo is a Buddhist monk I have known since arriving in Myanmar.

I went to the ancient city of Bagan with three new novices, Koyin Shine Htet Aung, Soe Naing Tun and Poe La Phyi, to visit old pagodas and temples. Suddenly, the sky began to turn dark and the wind blew. We decided to return to the monastery in anticipation of the rain, but it never came.

The following morning, Shwebo asked me to join them in a prayer service for a lady who had died at the age of 99. A big crowd gathered to pray and listen to the head monk speak. I stayed for a while to chat with an old man I had befriended when I had visited the village previously.

We are greatly dependent on and interconnected with nature and all of God’s creation. Unfortunately, we seem to have lost that connection today.

Back at the monastery, the head monk’s mother arrived and brought mangoes with her. She came on a “le” - a bull-drawn cart that she drove herself. Shwebo and I agreed to her request to accompany her to another village. We sat on the back of the cart.

On the way, she pointed out places where there used to be ponds or flowing streams. Now, all that remains are dry beds, reminders of what used to be. “When it rains, I will plant peanuts and sesame,” she declared, pointing to a big stretch of barren land.

She also pointed out where houses used to stand, but because the water is salty and the earth salinised, all the residents had moved to another village. 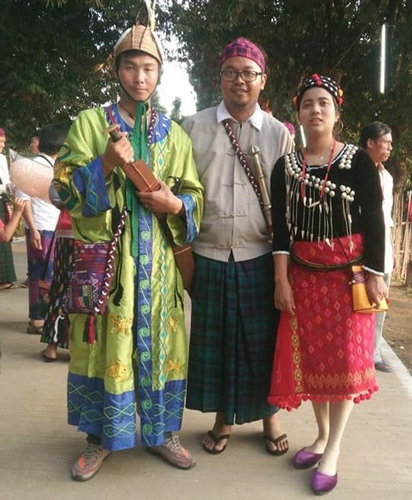 “All the young people have gone to the cities leaving the palm trees unharvested,” Shwebo’s mother explained. Herders now need to travel further to graze and water their animals. They have even installed a small water tank for the birds to drink from.

After dinner, I went back to my room to sleep. The wind was starting to blow, which made sleep easier. But still, the rain did not come.

Myanmar is listed among the 10 countries most vulnerable to the consequences of climate change. Presently, extreme weather changes are being experienced in the country. In May 2008, Typhoon Nargis wreaked havoc throughout the country, leaving more than 100,000 people dead.

Creation, as Shwebo asserts, provides us with everything. It also influences our rituals and cultures. We are greatly dependent on and interconnected with nature and all of God’s creation. Unfortunately, we seem to have lost that connection today.