Walking to save the planet 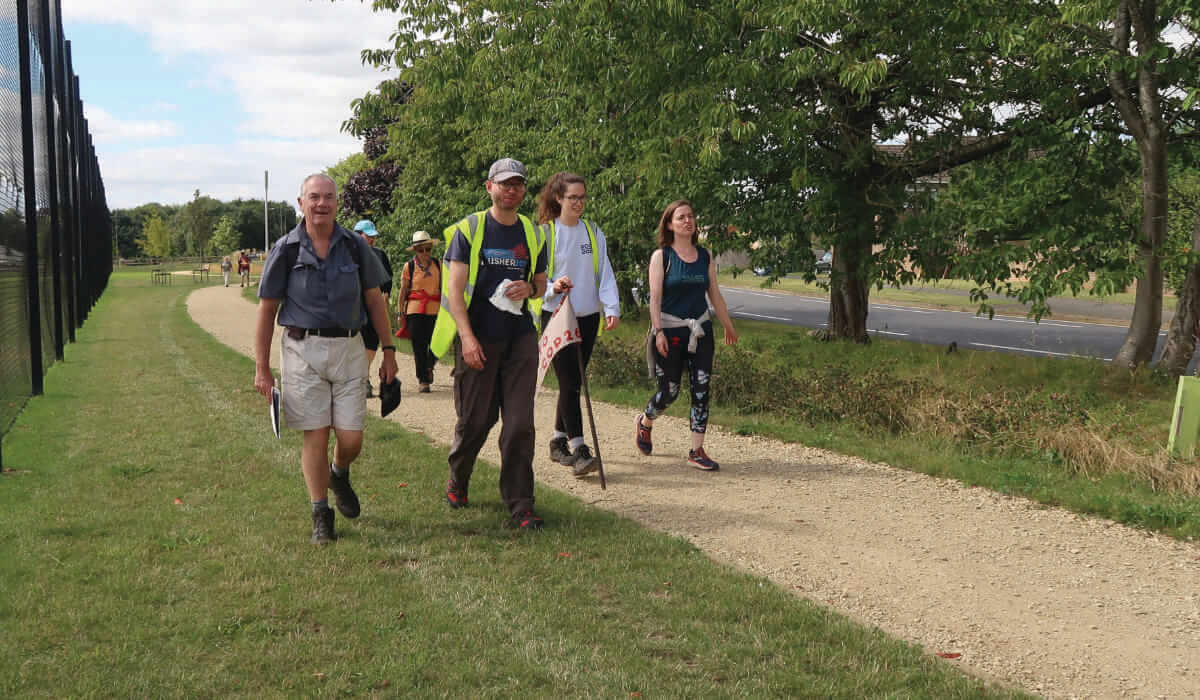 The ripening corn sparkled in the sunlight as we set off. Birds chattered in the bushes around the fields. Two copses of trees perfectly framed the tower of a medieval village church. In short, it was a perfect summer’s day in the heart of the English countryside.

“But you know, all this could be lost,” remarked one of my fellow walkers. “Unless we do something, everything we see now will be wiped away. That is why we have to act. And it is the young who are taking the lead.”

My companion was Matt, one of the organisers of this walk - a walk to save the planet. Matt explained to me the background to this walk. In June 2021, the United Kingdom hosted the annual meeting of the seven richest countries, known as the G7, at which the subject of global warming and its consequences was discussed. The United Kingdom is also the venue in November this year for COP26, so-called because it is the 26th annual United Nations Conference of Interested Parties (governments, world leaders, international organisations) on climate change.

The G7 took place in Cornwall, at the southwestern tip of England. The COP26 event will be held at the opposite end of the UK, in Glasgow, Scotland. A group of young Christians, inspired by figures such as Pope Francis, and his 2015 encyclical Laudato Si, and Swedish teenage activist, Greta Thunberg, got together and decided to walk between the two sites, Cornwell and Glasgow, crisscrossing the nation to publicise the need to act to stem global warming and its disastrous side-effects.

Their plan was to time their arrival in Glasgow to coincide with the start of COP26, and they hoped to put pressure on world leaders to live up to their promises to limit future warming to “manageable levels” and to recompense poorer nations for the consequences of climate change that has already occurred.

The walk was designed as a relay, with different teams taking responsibility for each section - arranging itineraries, routes and accommodation. My companion, Matt, was part of the team in charge of the Oxford to Birmingham stretch. Some walkers were doing an entire section, staying overnight wherever they could. In addition, other sympathisers were invited to come along for the day, which is where a party of other Columbans and I came in. James and Emma, two of our co-workers, Columban lay missionaries, Roberta from Korea and Teresa from Malaysia, and I made up the group.

Matt explained that the response from so many had been unbelievable. At every stage, the “climate pilgrims” were offered food and accommodation in churches, schools, community centres and private homes. “In fact, sometimes the problem has been that we’ve had too many offers of hospitality - too many to take all of them up,” he added.

In our case, the “overnighters” were put up in a property belonging to the local Anglican parish. We were sent on our way with a prayer and blessing conducted by the vicar. People waved encouragement to us as we meandered along the paths and through the villages of lovely rural Oxfordshire. 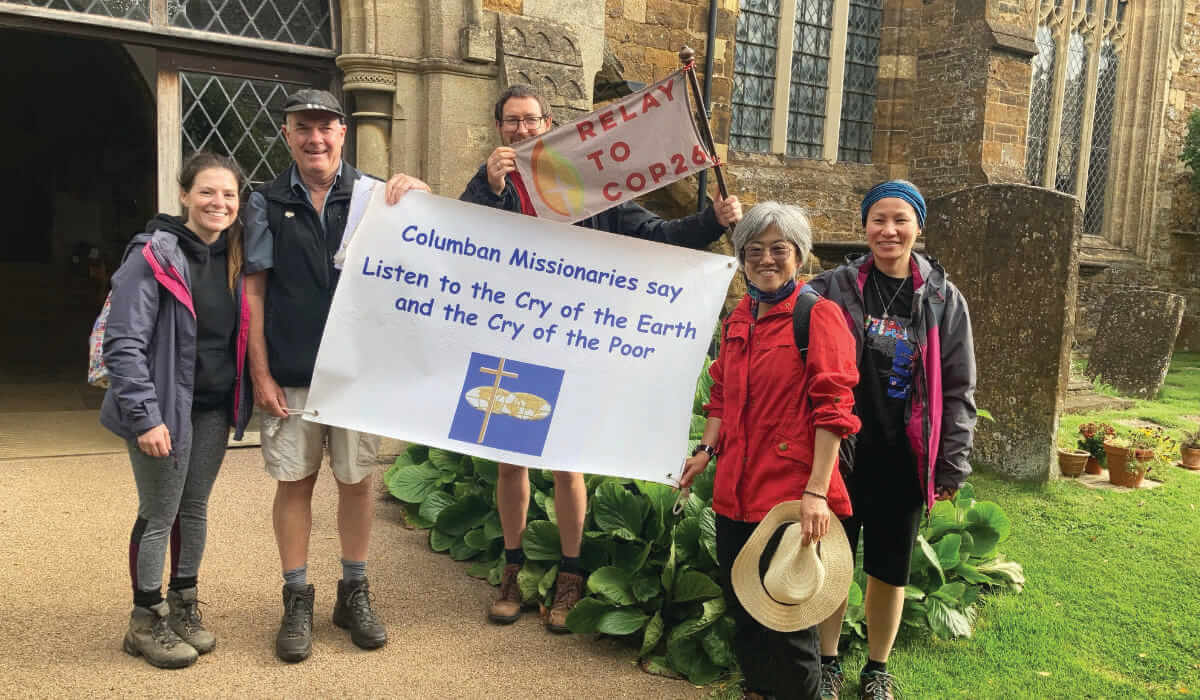 We arrived in the afternoon at the historic town of Banbury, where we Columban “day-trippers” said goodbye to our companions who were going on to be put up for that night in the local Catholic parish.

Before parting, Matt referred to some of the other goals of these young activists - not only to press rich countries to increase aid to poor ones but also to cancel the international debts of the very poorest nations.

Maybe these are dreams. But Pope Francis’ latest work is entitled, Let Us Dream and, as he is fond of pointing out, if enough people share the same dream, it can become reality.

Listen to "Walking to save the planet"