After many requests for Mickie’s return, the Columbans have re-published some of the original Mickie Daly Diaries from 1922.

Who is Mickie Daly? 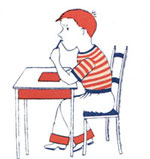 For those who do not know Mickie Daly, read Kath Boyle's article:

The Life and Times of Mickie Daly
One of the most loved and remembered features of The Far East magazine over its long history has been Mickie Daly's Diary. We still receive requests to bring him back! Whatever happened to Mickie Daly?
(read more)