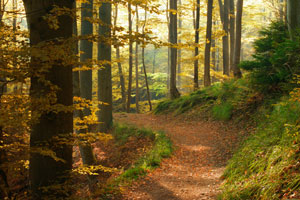 With perseverance the snail reached the ark.

A Sister from South Africa, a coloured woman who had suffered the horrors of apartheid for years, told the story of her father.  He was not a religious man, she said, much less a Catholic, and though he could not understand her desire to join the Church and later to become a religious sister, he respected her vocation and did not stand in her way.

When the time came for her to make her first vows she waxed eloquent on the wonderful ceremony it would be and how eagerly she looked forward to this special day and how important it was that he be there.  Her father took her hands in his and looking into her eyes he said, “Daughter, the only ceremony I want to be at is the ceremony of perseverance.”

He knew that his cherished daughter had a hard road before her and that while now all was bright and lovely the darkness would fall, temptations would unsettle her surety and she would doubt the reality of her calling.  Easy now to walk a well lit path but what would happen should friends let her down or betray her?  Would she stand firm?

As the years unfolded and she did indeed face various trials and suffering, it was at the foot of the cross that she learnt the meaning of her father’s words.

The unfolding story of the anguish, betrayal and pain in Holy Week touches something deep within each of us.  We, of course, feel we would never be like those people who deserted their friend, who spat on an innocent man, who ran away from the cross.  It is unthinkable.  Or is it?

A recent programme on television called Five Steps to Violence showed how easily even the best of people can sink into the most horrendous behaviour and carry out acts of great cruelty.  Social deprivation, poverty, loneliness, or sickness, can strip away our ‘good person’ self image.  It is a turning point when we confront the Judas within us and realise that we really are sinners in need of help.

Holy Week helps us to face up to this reality, not with dismay or denial, but with courage to come to Jesus who was “pierced through for our faults, crushed for our sins.”  Despite the darkness and sense of abandonment, even by God his Father, He persevered to the end.

Our familiarity with the image of the cross may conceal the horror of this form of execution and the shame of this way of dying.  As a deterrent to violent crimes the cross was seen as the punishment for slaves and a terrible disgrace.  Who would want to be associated with one executed in this way?  No wonder the disciples fled, leaving Jesus hang there with the two criminals.  No wonder that Paul, preaching of a crucified Messiah, knew that Jesus’ shameful death on the cross was a stumbling block to Jews and a folly to the Gentiles.”

In this way our whole life becomes a ceremony of perseverance.

Read more stories from the The Far East, April