Not just another Day? 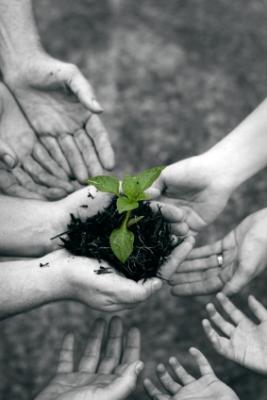 The big topic of conversation in cricket as 2009 ended and 2010 began has been the nervous 90’s. Why is it that batsmen/women seem to undergo a transformation when they reached this stage of an innings?  At one level 100 is just one more than 99 but cricket tradition has attached such symbolic importance to making a century that the gap between 99 and 100 is massive. Awareness of this can turn previously confident players into nervous wrecks. Making 99 can seem like a failure, a falling short of the goal, rather than a fantastic effort in itself.

The first day of a new year is also at one level just another day. But once again we attach symbolic importance to the beginning of a New Year. It represents the possibility of a fresh start, a clean slate. Many see it as a great opportunity to change some aspect of their lives that they are unhappy with and so they make resolutions to try to ensure that tomorrow is not just another day.

Now that we are past the middle of January some people may be dismayed by the fact that the resolutions they made with such enthusiasm and hope have already fallen by the wayside. It may feel worse because this year they have missed out not just on the opportunity presented by a new year but a new decade. Instead of one year ruined it can feel like 10 and the sense of failure is multiplied. This kind of feeling is what makes some people shy away from making resolutions. What starts out as a positive effort to improve life can end up making you feel like a bigger failure. Who needs that?

As one of those people struggling with failed resolutions I was greatly encouraged by this quote from Dag Hammarskjold that was in a little book of reflections given to me this Christmas “Each day the first day: Each day a life”.  Some numbers will always have special significance like birthdays with a zer0 in them, 25th and 50th anniversaries, January 1st, a hole in one in golf, a hat-trick in football and 100 in cricket. All of these are worthy of special celebration. But there is always something in life to celebrate and if we focus too much on the special numbers we risk missing out on the gifts of the everyday.

We seldom notice how each day is a holy place
Where the eucharist of the ordinary happens
Transforming our broken fragments
Into an eternal continuity that keeps us.

So rather than focusing on trying to keep resolutions I think I will try to be more aware of the things that are keeping me. That way not only will tomorrow not be just another day but today will have its own gifts and its own reasons for celebration.