Lenten Reflection - Transfiguration of Jesus gives us hope in our suffering 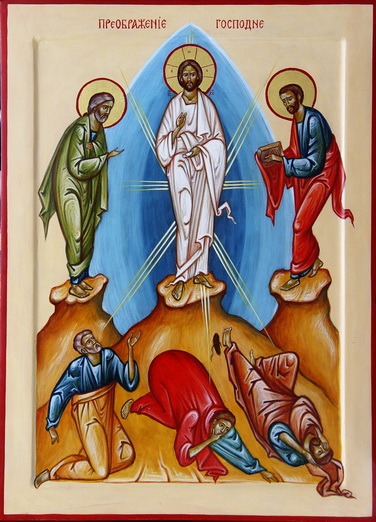 A couple of years ago, I was part of a group being introduced to the art of icons. The artist directed our attention to an icon of the Transfiguration, which depicted Moses and Elijah in colours of deep reds and purples. It was a powerful scene of Moses, the lawgiver, to whom God gave the Ten Commandments. He was standing beside Elijah, the great prophet who opposed the religious fertility cult of Baal.

Jesus, in contrast, stands with Moses and Elijah with his face and clothes shining like the sun while the disciples at the base of the icon trembled in reverential fear.

In the icon, a bright cloud envelops them, and from scripture, we know that the Father’s voice speaks, ‘This is my Son, the beloved, he enjoys my favour. Listen to him.’ This is the same voice that spoke to Jesus at his Baptism, affirming him with love and affection.

After this event, we know that Jesus is travelling to Jerusalem, where he will face torture and death. What we learn from this extraordinary incident is that God calls all three, Jesus, Moses and Elijah.

Moses is called by God to lead the people into the Promised Land. They led him a ‘merry’ dance, being ungrateful for their freedom, continually complaining and worshipping false gods until God’s patience is pushed too far. The people are condemned to wander for 40 years in the desert until the generation dies. Sadly, Moses does not enter The Promised Land, but he fulfilled God’s plan to fashion them into God’s people.

Many years later, Elijah appears abruptly where the faith of the people in God’s covenant is weak. Jezebel, King Ahab’s wife, is a zealous advocate of the Baal religion, a fertility cult from Phoenicia. She has the prophets killed and altars to the new gods installed in the country. Like a good Western film, the enmity between Elijah and Jezebel comes to a showdown.

Though Elijah kills the false prophets of Baal at Carmel, Jezebel remains in power and Elijah flees for his life.

After 40 days and nights, he arrives at Horeb (or Sinai), the holy mountain where Moses made the covenant between God and the people. Elijah is exhausted bordering on despair wishing his life was over.

However, here on this mountain with memories of the past, that is, Moses in the presence of God on Mt Sinai when the glory of God passed by him, Elijah comes into the presence of God, not in whirlwinds and storms but in a gentle breeze. He knows God is present and his spirits revive.

We understand the future will be painful, and Jesus will be helpless; he will be pushed to the edge of fear and despair, but he will not despair. Moses and Elijah, who have travelled this path, know Jesus places his trust in the Father and the Father will hold him until he is lifted up in glory.

The Transfiguration is a powerful and mysterious event in which Moses and Elijah, who have both suffered for following the call of God, come to strengthen Jesus for the difficult road ahead as he does the Father’s will in proceeding to Jerusalem. The reminder for ourselves is that we may feel desolate or forsaken at times. Still, God has given us the promise that we will be accompanied by the divine presence, especially Jesus, who has walked the path of life before us.