Fr Ray Collier reflects on the parable of the Good Samaritan told by Jesus in the Gospel of Luke. He asks us who our neighbours are, and how we can help our exploited and silenced neighbours to find their voices and become visible. 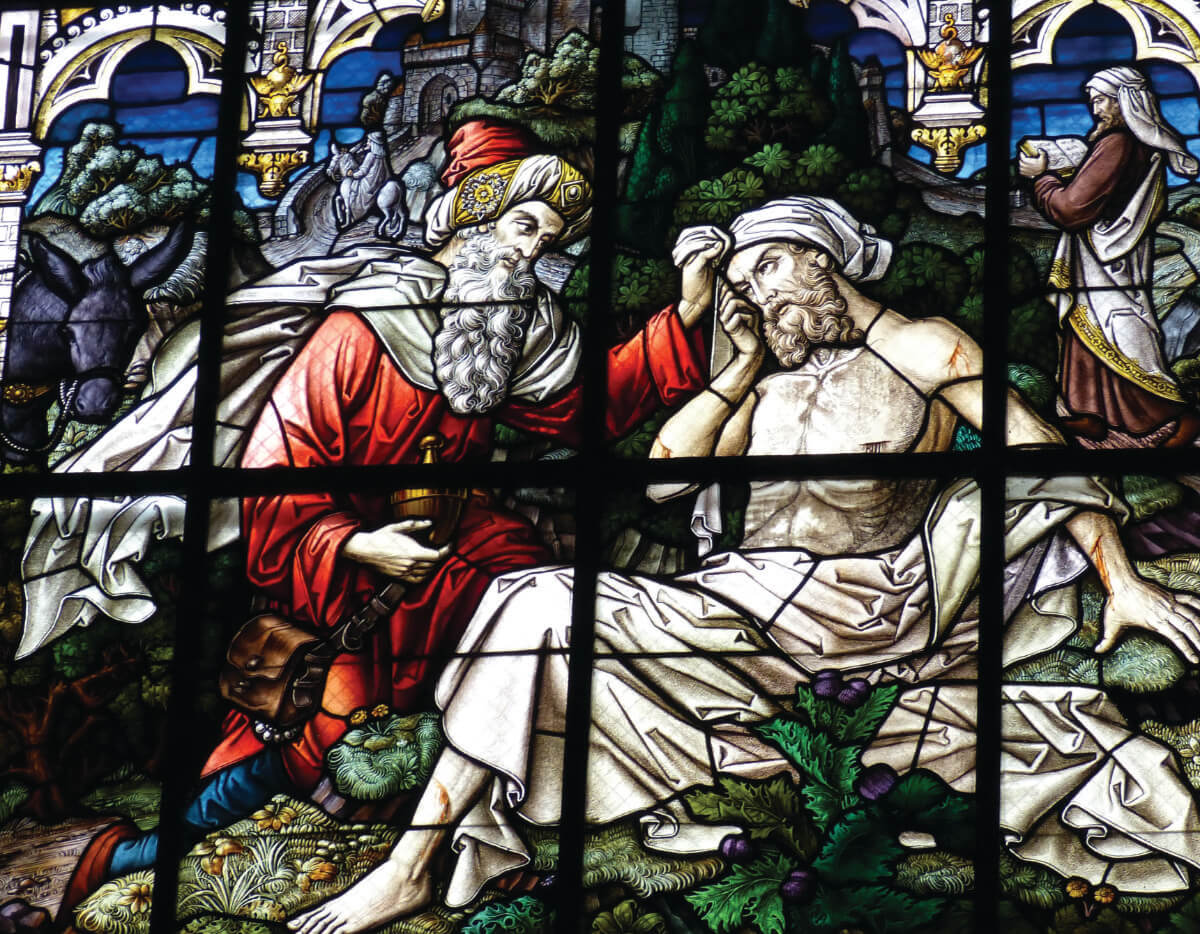 Who are the robbers today, and who are the people they rob and leave for dead on the side of the road? For me, the robbers are today’s populist politicians, the antisocial media and multinational corporations. These people read the signs of the times and decided to exploit the voiceless poor by promising them a voice in their future. They tell them they will fulfil their dreams and hopes and then rob them of their voice by taking away their vote and leaving them for dead on the peripheries of society. To rob a person of their voice is to silence their cry for help and that can be a form of death.

We are living in an age of impunity, in which global power has become dangerously unhitched from responsibility. Today’s exploited and silenced people are our neighbours, our invisible neighbours.

The question is how do we become a neighbour to these invisible neighbours? I dislike the phrase ‘good Samaritan’ or ‘good neighbour’. I think it blunts the impact of the story. This is why I prefer the word neighbour or Samaritan without the word ‘good’.

What makes our neighbours invisible is their skin colour, their gender or their nationality. Or it might be their faith, their status, their financial circumstances, their food and job insecurity or their education and their life values or choices. To make them visible, we must recognise them. We need to walk and talk with them. We need to listen attentively to their stories, their dreams and aspirations, their hopes and their joys and make them ours. We must accompany them as they discern and find their voice and decide themselves how they will fulfil their aspirations, dreams and hopes.

In the story of the Good Samaritan, the Samaritan saw the person on the side of the road as a human being, not another statistic. In his vulnerability, he began the process of taking care of the wounded person whilst recognising he was not capable of doing everything for the person himself. He sought the help of others who were more able than he was. He did not leave and forget the wounded person, instead he returned to see what else might be needed. He listened attentively to his story and learnt more about him and his identity aside from being a victim of a brutal robbery.

Pope Francis in his Encyclical, Fratelli Tutti – 'Brothers and Sisters All' tells us: ‘The parable shows us how a community can be built by men and women who identify with the vulnerability of others, who reject the creation of a society of exclusion and act instead as neighbours, lifting up and rehabilitating the fallen for the sake of the common good.’

Our mission as missionary disciples is to let these exploited and silenced neighbours of ours know they are not alone, that they are precious and have a story to be heard.

Pope Francis also tells us in his Apostolic Exhortation, Evangelii Gaudium - ‘Joy of the Gospel’ that, ‘As part of his mysterious love for humanity, God furnishes the totality of the faithful with an instinct of faith - sensus fidei - which helps them to discern what is truly of God.’

Listen to "Reflection - The Good Samaritan"