Reflection - A city draws its life from the sea 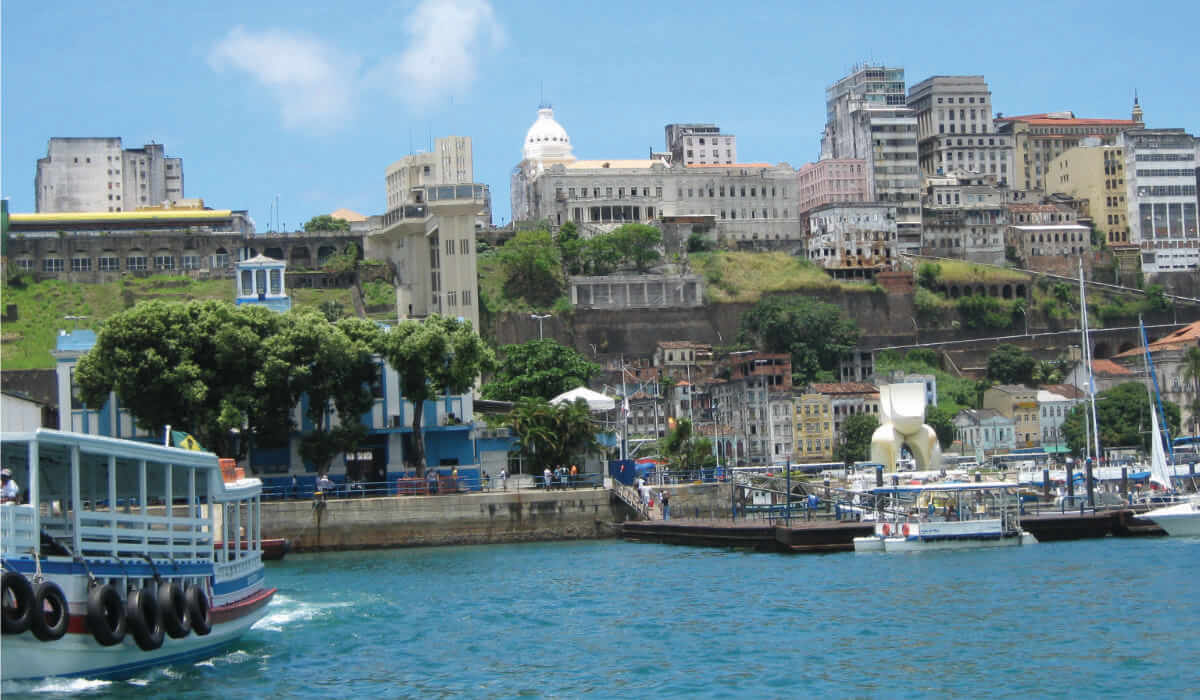 Settled in a triangle flanked on one side by the Atlantic Ocean and another the Bay of All Saints, the love affair with the beach and the sea of the Brazilian city of Salvador comes as no surprise.

Easy access to the water, combined with the hot climate, ensures that on any sunny Sunday or public holiday the numerous beaches are packed. Apart from the attraction of the cooling water, the beaches are venues for great social gatherings. Beer and refreshments are served at tables arranged on the sand under the shady reach of large, colourful umbrellas, as drums and tambourines beat out spontaneous and infectious samba rhythms, and football and volleyball matches are played out under the ever-watchful eye of the Atlantic Ocean.

Salvador is also a city of festivals (festas), which unsurprisingly draw their vitality from the sea. On New Year’s Eve, fireworks illumine the sky, the ocean and the crowded beaches of all Brazilian coastal cities for a festival known as Reveillon (literally ‘awaking’). Before, during and after the fireworks, people soak their feet, hands and faces in the purifying water of the ocean, while some swim, immersing their whole body in the cleansing water. It really feels like a New Year!

Yemanjá (an Afro-Brazilian god of the sea) is another popular festival. It is marked on February 2 as the most celebrated point of contact among African, European and Brazilian-Indian cultures. As a religion, it is known as Candomblé. The public festival draws thousands into the streets of Salvador. My first encounter with it was at the seaside in 1986 during the annual feast honouring the divine spirits of the sea. 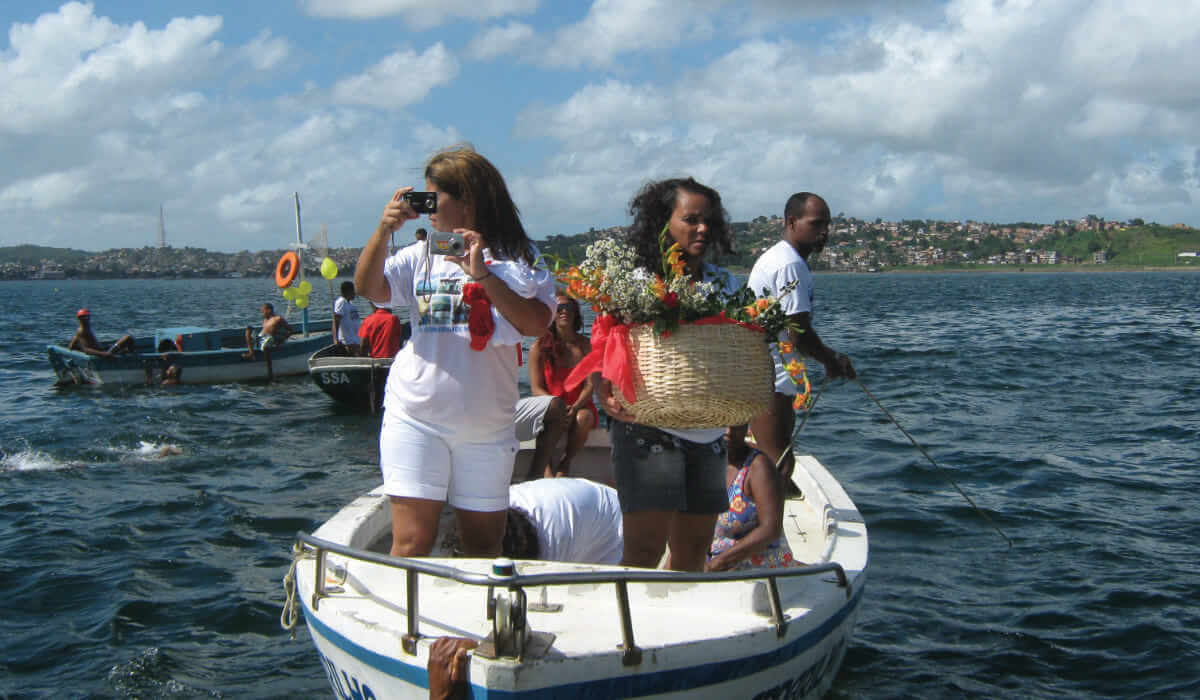 Carrying the baskets of flowers and images of St Peter and the sea god into deep water. Photo: Fr Colin McLean SSC

Yemanjá embodies stories of Afro-Brazilian culture. Candomblé is a tradition based on ancient African rituals and celebration of the natural world, elders, ancestors and spiritual energies of the divine sea spirits. It evolved from African people transported to Brazil during the Trans-Atlantic slave trade. African Yoruba slaves havefused these ancient rituals with the image of Our Lady of the Immaculate Conception.

On the feast day, offerings of flowers and perfume are collected in large baskets. Then, together with a sizable image of the sea god carried out to sea.

The procession of boats bearing the gifts leaves the shore around 5.00 pm for the open water. The baskets of flowers and the rather heavy image of the sea god are then lowered into the water. The length of time the image takes to sink signals whether Yemanjá is pleased with the offering or not. If it sinks quickly, she has readily accepted it, indicating fish will be plentiful during the coming year. If it sinks slowly, it augurs a trifling haul.

Once the gifts have been offered, the social dimension of the festival gets into full swing. Music and dancing at numerous stalls set up along streets in the immediate vicinity of the beach host a celebration of life under the ever-protective gaze of the Atlantic Ocean.

However, the one festival that I hold nearest to my heart is a local one celebrated on the feast of St Peter. It is dear to me because I was able to play an integral part in its ceremonies. It is marked on June 29 and although the Church celebrates it as Ss Peter and Paul, in Brazil, Paul does not get a look in, except at the festival Mass. It is the festival par excellence for the local St Peter fishing community near my old parish.

Traditionally, Mass is followed by a procession of boats carrying large baskets of flowers to be presented to St Peter. Its roots in the festival of Yemanjá (the god of the sea, often depicted as a mermaid) are evident, as her image is placed beside that of St Peter in the flower basket the men that do the fishing, together with their wives, carry out to sea. 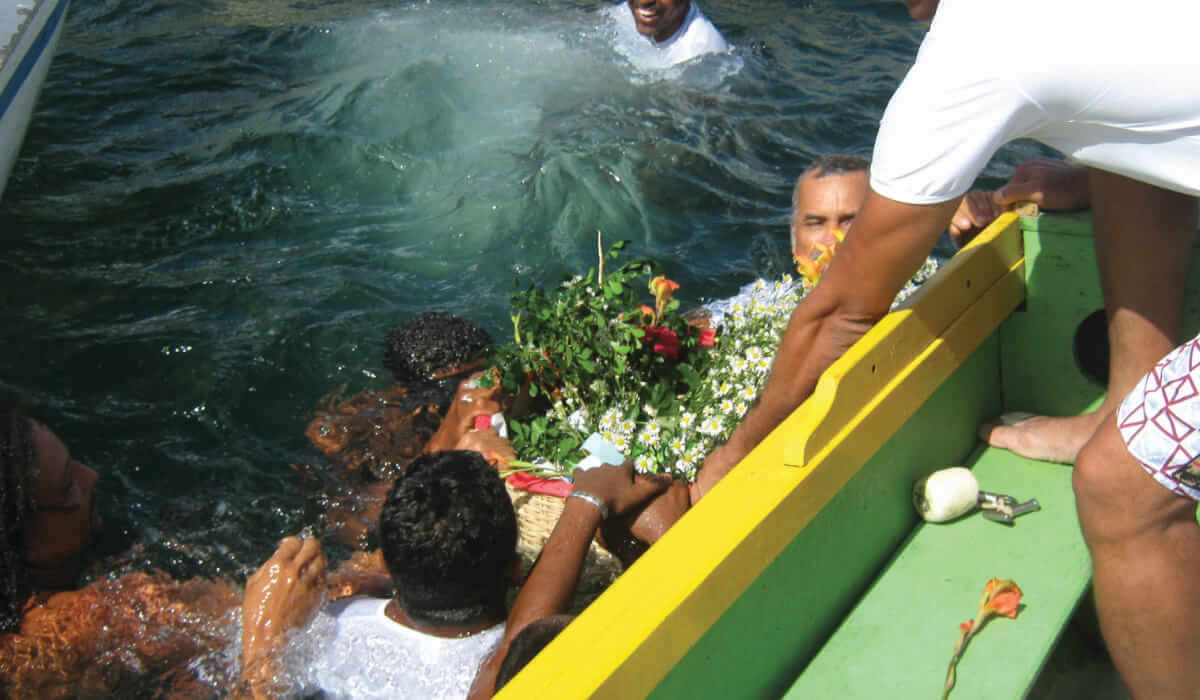 The procession sets out in motorised canoes. Then at the appropriate spot, I, as the priest, together with Marcelo, one of the three married deacons in our parish, would bless the basket. Many of the men dive into the sea to facilitate the lowering of the basket and help it sink quickly to ensure a plentiful catch for the coming year.

On one occasion, I stripped down to my swimming trunks after the blessing and dove into the water with the men. The wives called on two of them, who happened to be lifeguards at the local beach, to ensure “the priest doesn’t drown”. I wonder if they really thought I would dive into the sea if I could not swim?

Listen to "Reflection - A city draws its life from the sea"