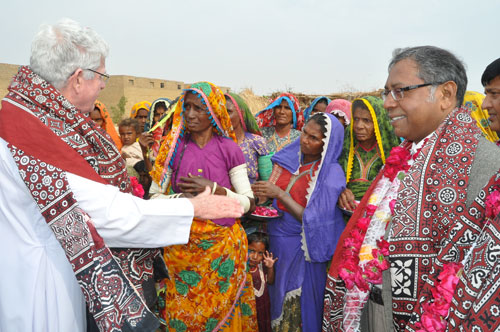 In a follow-up to a ceremony held in the Governor’s House in Karachi in January last year, sixteen families on Monday Februray 3rd, 2014 were given ownership documents and possession of their houses built by St. Elizabeth Hospital, Hyderabad, and the Catholic Church under a programme to rehabilitate people rendered homeless by the 2010 and 2011 floods in Sindh. 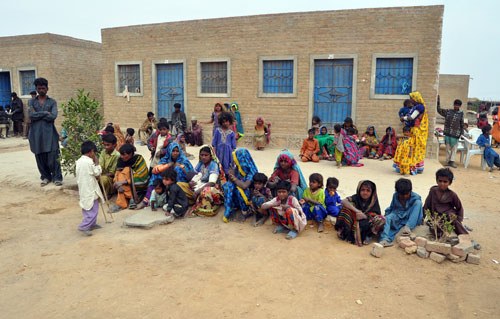 The papers and keys were handed over to the families in Jhirruk town by Columban Fr Robert McCulloch, who flew in from Rome. In 2012, Fr McCulloch was awarded the Sitara-e-Quaid-e-Azam, the highest civilian award that can be given to foreign nationals with the citation: "For services to Health, Education, and Inter-Faith Relations." 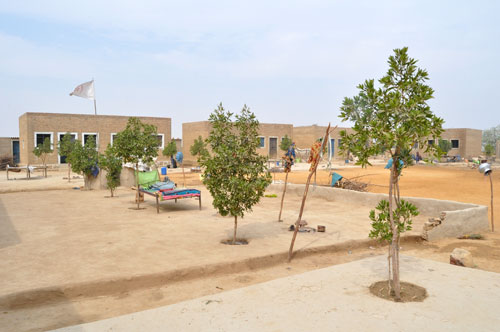 During last year’s ceremony, Governor Dr Ishratul Ibad had presented ownership documents for 30 houses built in the same settlement. St. Elizabeth Hospital has helped build over 737 houses to such families and 44 more are under construction. New schools and medical clinics are also being built under the programme.

Columban Fr Robert McCulloch SSC has been a missionary in Pakistan since 1978. He now resides in Rome as the Procurator General for St Columbans Mission Society. Fr McCulloch returns to Pakistan several times each year.