From the US Mexico border 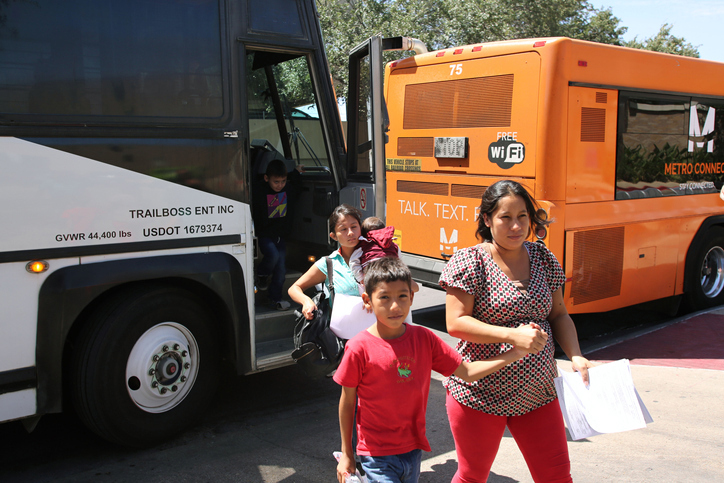 Fr Bob Mosher, from the Columban Mission Centre in El Paso, Texas, reports on visits to an asylum seeker from Honduras. In mid-last year, she was separated from her son at the US/Mexico border. She is trying to request asylum and is currently in detention in El Paso.

What follows is an account of two of their visits, told from Fr. Bob's perspective.

I'm just back from visiting a mother separated from her 9-year-old son who turns 10 on Tuesday. She gets to talk to him over the phone once a week. He's in New York, she's here in the El Paso camp for detained migrants.

"There's no greater pain," she tells me, tears creeping out from her eyes, slowly running down her cheeks, "than to be apart from your child. We all feel it, all the mothers here who have been separated from their children. It's terrible. There's nothing worse."

We talk about her life before trying to enter the U.S., her murdered husband, her fears for her child if he is forced, with her, to return to Honduras. "I don't want him to grow up there," she tells me. "I'd be afraid for him, for how he would turn out, with so much gang activity there, in every part of my country."

"I'm not here looking for a good time," she added, "or just to travel. I'm not here to sponge off the government or anyone. I work hard, I have a degree that I earned at nights, and I'm willing to do any kind of work in order to get ahead."

She has no idea when she will get to see a judge and explain to him what drove her to leave her country. She's been told that accommodation is being built at the nearby military base, Fort Bliss, for reuniting children with their parents, while keeping them imprisoned, awaiting their day in court. "As if we were criminals," she says, her fingers playing with the plastic identification band that is part of her prison wear, along with the prison suit, the lace-less sandals.

But then she smiles. "At least we'll be together again. I believe that God will help us. God will answer my prayers."

I tell her that she's not alone, that many people are praying for her, and contributing their resources to the groups that fight to free her and reunite her with her son.

She smiles, gratefully. But then a shadow crosses her face again. "I wish I could make him a cake. I'm going to try to call him and talk to him on Monday, before his birthday."

"If I can't, I'll try again on Wednesday." She already knows that she is not permitted to call anyone on Tuesday, apparently. All these obstacles and cuts are made excruciatingly huge by people trying to make other people like her suffer, to punish her for the crime of looking for humanity, and help.

When I visited the young mother once again at the detention camp she was smiling.  We picked up the telephones on either side of the glass partition, surrounded by painted cinder-block walls, and sat down to talk. "I saw the judge a few days ago," she said. No, she didn't get to tell the judge the account of what drove her to the U.S., she said. Specific questions were directed at her, and she was required to only answer them, and not to go on at length. But the judge did not rule on whether or not she was to be "removed," or deported, so the worst-case scenario was avoided: immediate deportation, without her son.

For now, she can stay at the detention facility, which means the possibility of being reunited with her child has improved. She feels fortunate, although she still has vivid nightmares of losing her child forever. Sustained by her faith during the day, and clinging to hope, her fears nevertheless come alive, unbidden, after dark.

More visits from our local Las Americas Immigrant Advocacy Centre personnel, including from the director, Ms. Linda Rivas, also buoyed her spirits. She has located a close relative in the U.S. that could take them in, which might also improve her chances of staying with her boy.

I was afraid that ICE - the USImmigration and Customs Enforcement agency - might have already deported her when I arrived for my visit at the detention camp, located ominously near the airport for quick deportations. The security guard managing the visits wasn't sure where she was at first. He gave me the impression that a lot of disorganisation was running through the camp, as the roughly 2,000 men and women held there were moved around, deported or transferred to other camps, and even federal prisons. Overcrowding must be a problem these days.

We prayed together at the end of the visit, grateful for the solidarity with her, expressed from within and even beyond the borders of the U.S. Our Columban personnel in the U.K., protesting the visit of the US head of state, shared her case with many others in the demonstrations, and they, in turn, sent their prayers and wishes for her freedom.

A week after my visit she was able to call her son, and found out that he was given a small birthday cake by his caregivers in New York, which also made her happy. But her anxiety for their future - hopefully to be faced together - was evident in the lines on her face, and in the awkward way she held the heavy phone piece in her thin hands during our exchange. She finds the whole process unwieldy, and perhaps beyond her. She may well wonder if her message is getting to the right people at all.

But how grateful she is for the support of concerned friends in at The Columban Mission Centre in El Paso, Texas! She always mentions that as she says goodbye. 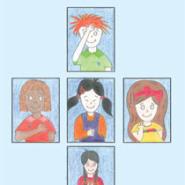 This Children's Prayer Booklet teaches children to make the Sign of the Cross. An ideal gift for parents and grandparents. Price excl P&H