Celebrating the Assumption in Wuhan 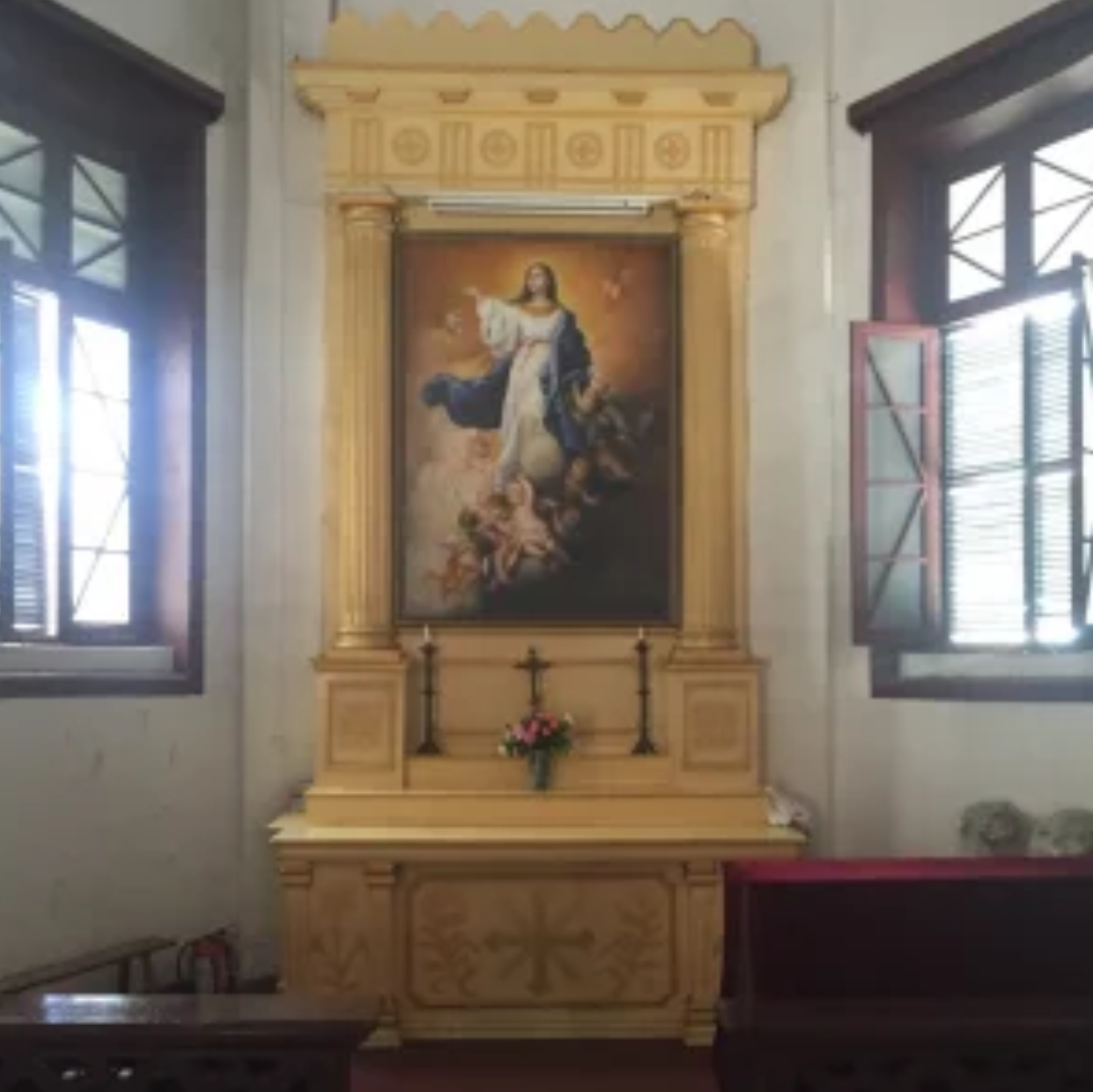 At the beginning of his homily for the Solemnity of the Assumption, Fr Joseph referred to the artwork on one side of Holy Family Church to make a point about the day's celebration. His gentle way of highlighting the painting of the Assumption was also a good reminder for us to be attentive to how the second oldest church in Wuhan is decorated. At that moment, the turning of heads towards the side of the church seemed to ensure that people remembered the artwork's location, which shows Our Lady being assumed into heaven.

Catholics in China often refer to four major celebrations in the liturgical calendar: Christmas, Easter, Pentecost and the Assumption. It is a convenient grouping of celebrations that seems to hold its own significance in their overview of the year. The large attendance at Monday morning's celebration confirmed that the importance of celebrating the Assumption has not slipped in any way, even though it was celebrated on a regular working day in China. While those of working age were under-represented at the celebration, the congregation seemed to be boosted by grandparents bringing children of all ages with them to the church, their essential roles as babysitters being a normal part of life in China.

A further indication of the faith of the people could be seen from the fact that they had arrived to the church during a week when intense hot weather is gripping this part of the country, the only respite for people in the church being provided by a number of noisy wall-mounted fans.

In spite of the challenges, a confident choir led the people in the singing of hymns. Children occasionally wandered freely around the church, unobserved by those who had brought them to the church, yet safe from the possibility of leaving the area.

As the Mass neared its conclusion, an announcement was made that a longer blessing over the people would be used, the announcement quickly bringing the people to their knees, their heads bowed in silence for the blessing. Immediately following the end of Mass, a mature altar server announced that the anointing of the sick and the elderly would take place. A considerable number of people moved to the front of the church. An 88-year old friend came towards me for a chat, declaring early in the conversation that she was not going for anointing. Her decision not to take part was based on the fact that she had been anointed within the previous three months and was therefore, according to her understanding, precluded from the well-attended ceremony. I was tempted to suggest some flexibility on this point, but we continued to talk about other things.

As the anointing ceremony came to a close, people began to disperse, and some took time to look at the artwork that Fr Joseph had pointed out in his homily. To add to the unpredictable discussions of the day, a well-known member of the community raised the possibility that the artwork in view might not actually be that of the Assumption, his doubts based on his belief that some essential symbolism was not represented. Perhaps his curious question can be brought forward to discussions about a Synodal Church encouraged by Pope Francis if such discussions eventually begin in this part of China.

Later in the morning as I left the church with a greater awareness of the parish's art collection, it seemed to me that the celebration of the Assumption this year could initially be seen as a time when the older generation was expressing its well-established tradition of marking one of the four main celebrations of the liturgical year. However, aware of the many children who had been brought by the older generation to the church, it seems reasonable to assume that the older generation is also forming the younger generation to find its way into a future that will involve being faithful to tradition while also integrating their faith in a country that is being reshaped in ways that are quite different to what took place in previous times. For people of faith in China, the bridge between the past and the future will probably be far more than a straight line linking two places.