A course in atonement

Atonement is a pre-eminently Christian concept and its foundation is the death of Jesus.

Recently our chaplains group had its monthly meeting down at the prison. As usual things were rather routine and dull until one of the Buddhist priests was asked to give a talk about his experience of prison chaplaincy work here.

He described briefly his problems and successes at the individual interview with inmates and his guidance talks to groups of prisoners. From there he moved on to the difficulty he had experienced with a recent type of correctional or rehabilitation method which has been tried in our prison.

The method is called “shokuzai kyouiku” which in prison usage means “a course on atonement for crime.” He went on to explain that the term “shokuzai” and its concept were not in Buddhism and he felt that the rather limited explanation we were given by the prison’s education department wasn’t sufficient to understand the programme and how to engage in it. The other Buddhist chaplains supported him in his view.

At this point, the only other Christian chaplain in our organisation, Rev Takakura Kasumi, a devout Lutheran minister with 30 years of chaplaincy experience, explained that atonement is pre-eminently a Christian concept and its foundation is the death of Jesus on the cross whereby the reparation for all sin has been made.

As I observed the other chaplains, I felt they understood the meaning of pastor Takakura’s brief explanation. To what extent they grasped how we sinners and/or criminals carry out our part in the full scope of the atonement process is another matter.

Meanwhile, to get back to the “method” itself, a few years ago the juvenile reformatories in Japan were growing overcrowded with repeat offenders. To solve the problem the prison authorities introduced this new method whereby the inmate is brought to realise the wrong of his misdemeanour and affirm his resolution not to repeat the offence.

It worked! According to statistics, the number of repeaters fell by about 40% in facilities where the method was employed. Naturally it was only a matter of time until the method was used in other prisons including ours in Kumamoto where most of the inmates are held for long or life-term sentences; about 60% are here for some degree of manslaughter.

I received a phone call from the prison education department to take one session in the new programme. The programme lasts for five months. One member of the education department, three Buddhist chaplains and I each took a monthly session with a fixed group of six men who are serving time for murder.

Each session lasted one hour. The inmates sat in row in complete silence. At the rear of the small room were two guards. The inmates appeared to be in their 40s or 50s. All were rather sober strong looking men. I had a feeling they might be nearing the end of a 20 year or so sentence. There were no questions or clarifications asked for.

In this method, for the full hour the prisoners were guided in recalling their crime in all its detail. Following the lead of the chaplain, one by one, the sufferings and consequences of the crime for everyone immediately or remotely involved, were recalled and reflected upon.

I found it a painful assignment. Time went slowly. In a way, it was a bit like a long and exhaustive examen of conscience before receiving the sacrament of reconciliation. We moved from reflecting on the moment of fear, pain and death of the murdered victim, on to the burden of guilt, loneliness and loss of self respect the criminal himself had to live with and then on again to the pain and humiliation of all the other members of the convicted man’s family.

The sound of low sobbing from the men became audible and continued. Although probably not a part of the usual method, I also spoke about the sacrament of forgiveness and the faith we, Christians have in the infinite love and mercy of God who forgives any sin, when we turn to God seeking pardon. I left the room in the same silence as I entered. I have received no feedback from anyone. I hope the men were somewhat helped.


Fr Vincent Youngkamp has been a missionary in Japan since 1960. 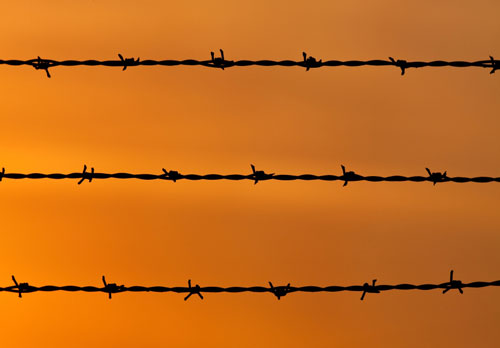