Gift of family in difficult times 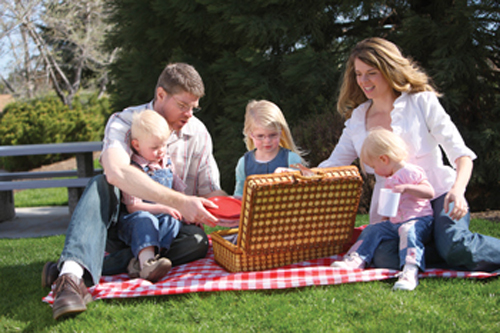 Each year the Australian Catholic Bishops' Conference releases a Social Justice Statement on an important issue facing society today. This year’s Statement looks at the important role family plays in society and the difficult challenges it faces. This Advent and Christmas issue of The Far East offers this reflection on the Bishops Statement on family.

In the final part of the 1999 Chilean film “El Chacotero Sentimental”, hundreds of couples living in overcrowded housing-commission style apartments on the outskirts of Santiago, queue up for private time together in an old car that has been especially fitted out with curtains and parked in the middle of the local soccer field.

The protagonists of the film are a married couple with three children who live in one room while another sibling, partner and several children live in another room, all in the 36 square metre apartment which they also share with aged parents. Being parish priest in 1999 of the very area where this film was set and filmed, I can assure you that such overcrowding was (is) a problem many families in poor areas face.

At the same time, according to the Australian Catholic Bishops’ Social Justice Statement 2012, since the mid-1980s, the average size of houses in Australia has increased from 162 to 215 square metres while the average number of occupants has fallen from 3.5 to 2.6. Just because the average Australian home is getting bigger and at the same time emptier and emptier, does not necessarily mean, however, that many Australian families have it easy. In fact, according to the Bishops’ statement, many of our families are doing it hard.

For a start, while average houses might be bigger and emptier, they are becoming more and more beyond the reach of even middle income Australians, unless they are prepared for a lifetime of huge debt. One social commentator quoted by the Bishops’ Statement refers to the life of middle Australians as being “income-rich but mortgaged up to the eyeballs.”

The high cost of housing combined with a shortage of rental dwellings, means that it is more difficult for poorer families to find affordable accommodation. A large number of families have to spend up to 30% of their weekly income on rent or mortgage repayments. Over the last decade, house prices grew by 147% while average household income increased by only 57%.

Australians families are caught between competition for quality family time and competition for wealth. Families need quality time together for relationships to grow and mature. Often this time has to be sacrificed by the need to work long hours or do shift work in order to make ends meet or to meet the demands of a consumerist society. 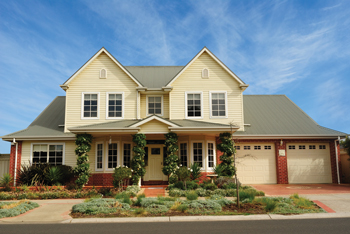 The majority of young people would prefer more time with their parents over the benefits of the money their parents earn. Families living on the land have to face the strain of the economic pressures of global competition as well as the impact of natural disasters. Special mention in the Bishops’ Statement is given to categories of families which include the most vulnerable such as:

* Indigenous families are particularly vulnerable. They have high rates of incarceration, damaged health and homelessness. One of the important reasons for such disadvantage is the lack of opportunity for empowerment and self-determination. Who cannot fail to be deeply moved by the tragedy of the Stolen Generations of young indigenous children forcefully removed from their parents?

* Asylum seeker and refugee families who have a right to seek refuge in Australia, are being locked up in remote centres or diverted to other countries. Prolonged detention is a major cause of mental illness, especially among the young and vulnerable. The Bishops’ Statement calls for Australia to adopt a policy whereby asylum seekers and refugees can be cared for in the community until their refugees status has been determined. Detention should be for the shortest possible time.

* Many Australian families live in poverty. Most have to turn to charities for assistance with essentials like rent or prescriptions. Costs for other essentials including education, health, transport, utilities and childcare are prohibitive. The Bishops’ Statement calls for a genuine social security and wage system, whereby parents would be able to choose whether they enter the labour market or not.

* Homeless families need more safe low-cost emergency housing to be made available. They often end up this way due to relationship breakdowns and domestic violence.

* Special needs families who require essential care such as respite, therapy, equipment, home modification and access to community care and education need assurance from governments that these services will be provided.

During this Year of Grace, the Bishops’ Statement proposes three challenges for the benefit of all families especially those struggling. The Holy Family is our inspiration to implement these three challenges.

• Firstly, to recover the importance of the Sabbath. The Day of the Lord is a time to worship God, to rest, to spend time together in family and with friends.

• Secondly, in this time of our society’s great competition for wealth, we are invited to remember our Church’s social teaching calling us to show a “preferential option for the poor”.

• Thirdly, as we gather together on Sunday as a community to share in the Eucharist, we become aware of our identity as a family that reaches out to those most in need.

The Bishops’ Statement concludes by asking that all Government policies be assessed in terms of their impact on the family. Healthy families enable a healthy society. It is the love of Christ that urges us on (2 Corinthians 5:14) to confront the urgent challenges of our times.