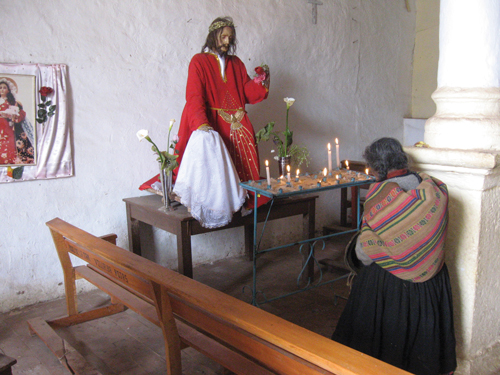 At the beginning of November, 2012, an 80-year-old man boarded the Qantas flight to return home to Lima, Peru. After spending several months of holidays in Melbourne and in his native city of Ballarat, it was now  time for Fr Leo Donnelly to return home to Lima, Peru where he has lived most of his life since arriving there in 1958. Before leaving he shared these thoughts in an interview for The Far East.

Many people must wonder why you don't retire here in Australia?

"I am happy to retire in Peru because of the witness value. I believe it's important that the Peruvian people know that we Columban missionaries meant what we said. We did not just come here, do things for them and then go home. We came here to share our lives with the Peruvian people, to live close to them and to value them as people. As missionaries, we could not bring them the faith because they already had strong faith. What we could do is value them as human beings."

What was it like in the areas where Columbans worked in Lima in 1958?

"Bloody awful! A page out of Tolstoy! Families were just beginning to migrate to the outskirts of Lima from poverty and oppression in the ru

ral valleys and tableland of the Andes Mountains. There was dust, dust and more dust everywhere! There was no electricity, no town water and very few sealed roads."

"For many people, the standard of living has gone up. Serious problems like poor public health and education and the social divisions between rich and poor remain of course. The use of cocaine is a serious problem. Drugs are given out to school kids to get them hooked."

Which period was the most difficult for you?

I spent 10 years at the height of the Shining Path guerrilla war as parish priest in the valley and town of Huasi Huasi, an area where the guerrillas were active. Huasi Huasi is 350kms east of Lima and situated high up in the Andes Mountains between 3000 and 3600 metres above sea level."

In my time there, I buried 28 people who had been murdered by the Shining Path guerrillas. In the beginning they shot people but later it became even worse as they started to kill people with knives.

The ordinary farmers and village people of course suffered from both sides. The military would go into a village and burn it down so that the Shining Path guerrillas could not hide there."

What great tragedies stand out for you from this time?

"Three massacres stand out clearly in my mind.

"On May 21, 1991, a potato truck was leaving Huasi Huasi for an outlying village. They met the Shining Path guerrillas on the edge of the town who told them to turn around and gather with the rest of the population in the town plaza.

As the potato truck was passing near the parish, one of the men from the truck saw me, and called out to me to get inside as the Shining Path guerrillas were coming behind.

The guerrillas had a hit list with names on it of people they considered as enemies of the people. It included the Australian Josephite Sisters, who had been asked to help distribute Caritas aid to the poor. This was seen as propaganda for the United States.

Four of the men on the list along with Sr Irene McCormack were brought to the plaza and executed after a show trial. Myself and the parish choir who were practicing at the time hid anxiously in the presbytery until the guerrillas left the town."

"One Saturday morning the following year 1992, I was holding a catechetical meeting in the parish. Meanwhile the Shining Path guerrillas had entered the nearby village of Huacuas and massacred 10 people. They then set out to Huasi Huasi, most likely to massacre more people.

After our meeting the people from Huacuas went home. One of them found his father murdered and another found both his father and mother had been murdered.

Neither group were aware of the other's presence, until someone in the town signalled the guerrillas up on the ridge to turn around and leave." 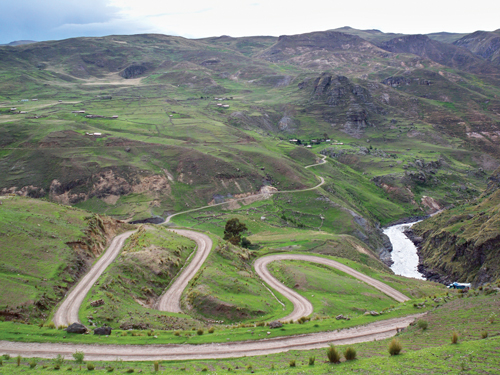 I just would like to say that I am enjoying my retirement in Lima which of course has been my home for so many years. I spend time writing poetry and painting. I visit friends and help out in parishes when needed. I am grateful to God for so many years lived with the people of Peru. My life has indeed been rich and rewarding.