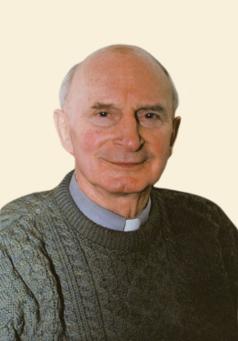 We are sorry to announce the sudden death in Ireland on October 25, 2015, of Fr Patrick J. Crowley. Fr Crowley carried out Columban promotion work in Australia and New Zealand from 1964 until 1971 and made many long-standing friends in this part of the world. Before coming to Australia and New Zealand Fr Crowley was on mission in Japan and after 1971 worked in England and Ireland as District Superior and then as Regional Director. Later he served as Secretary to the Columban Central Administration and as Society Archivist in Ireland.

At the time of his death he was residing at St. Columban’s Nursing Home, Dalgan Park, Navan, Ireland. His obituary reflects that Fr Pat left us with memories of a caring missionary, a quiet-spoken, discreet man with a deadpan sense of humour who served others without thought of reward or recognition. May he rest in peace.