Life was far from boring for me

Thinking back on my life in South Korea, there was the humdrum of daily living along with surprises and the excitement that went with being part of new things happening and the challenge of them. I went there about six years after the Korean War was over so the scene in the country was one of devastation, poverty and overcrowded living conditions. Seeing their broken spirits and suffering in the eyes of the people helped me to realize that this is where God wanted me to be. He wanted me to empathize with them and help them to experience the presence of God in the midst of all that was going on in their lives as victims of war and hatred.

As in everyone’s life there have been bizarre incidents that have happened; some of them very sad and some of them rather humorous for me as I recall them now. One that comes to mind is about a young man for whom I was called in the middle of the day to administer the sacrament of the sick. When I arrived, as was the custom in Korea, he was lying on the floor and gasping for air. So I proceeded to anoint him asking God to heal whatever his problem was, thinking that it was possibly a heart attack.

As soon as I finished the prayers an old lady produced a rooster from the corner of that room and went to the sick man where she cut off the rooster’s head and promptly stuck it in his mouth. When I saw this happen I was out the door like a shot as the blood was spurting everywhere. I peaked in and saw that the man immediately sat up choking on the blood. He was instantly cured! I found out later he had been hit in the Adam’s apple by another man and wasn’t suffering from a heart attack.

A few years later I was in a parish very near the seaside in Cheju Island about 50 yards from the water. Since there had been a storm the night before, the wind and waves were strong. It was a good day to go hunting for ducks that hovered on the coastline on such days. As I walked along the seaside, I came across a sizable fishing boat on its side in the water, apparently having capsized in the storm the night before. 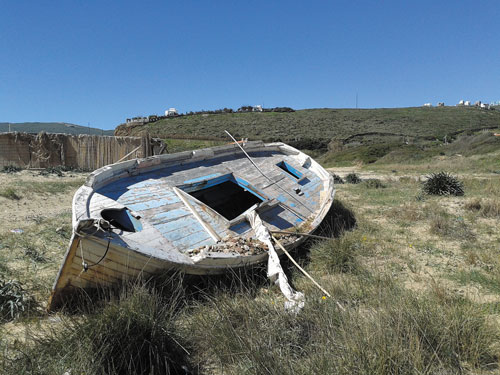 When I arrived back at the rectory I learned that there were fifteen men on the boat and only one survivor who had come to my place for something to eat and some dry clothes. He had taken refuge behind the craggy volcanic rock formation until daylight. Upon being asked how he survived that storm he told the story about his strong will to live because of the fact that he was due to be married the following week. So he threw a gas barrel into the sea to use as a float and hoped for the best since he did not know that the coast line was so near. The rest of the crew felt it was hopeless since they could not see the shore and didn’t even try to survive. This story teaches me that God wants us to live and helps us survive in the midst of the storms in our life.

When I was in the southern city of Pusan, I was asked by the chaplain of the USS Midway aircraft carrier to take his place for Mass and confessions the following morning while he stayed on shore. At 7:00am, I was off with some of the Midway midshipmen to go out to the ship. Upon arriving at the stairway to go on board we were surprised to see the stairway all bashed because of heavy seas. The only way to board the ship was by rope ladder with three at a time going up this ladder while some of the men held it out from the side of the ship. It was only when I got halfway up did I realize that my legs were made of rubber! It was a feat for monkeys only.

Besides the pastoral work in the Korean parishes we were sometimes asked to help the military chaplains if we could. After arriving in Korea and while in language school, I was asked to offer Masses for the Air Force and so every Sunday I had the experience of flying in the different helicopters. It was usually three helicopter rides each Sunday to the different bases. That provided a great opportunity to take some great pictures of villages and the countryside from the air.

So life was far from boring for me as each day brought new ventures and experiences along with helping people to cope and grow in whatever situation they found themselves. God leads us all in different directions and it is up to us to try to respond to the call not to be selfish with our lives but to reach out to try to love the way God loves us.