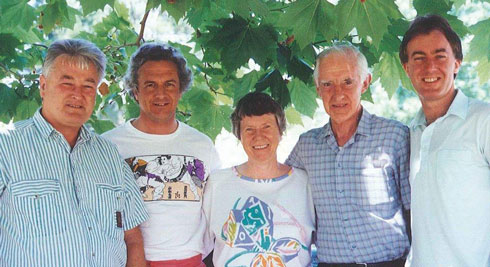 St Columban’s Seminary began in Wahroonga in 1952 and moved to North Turramurra in 1959. In the 1960s the leadership saw the need for more mission studies for its seminarians. The need for an institute was real as there were no renewal, updating or re-entry courses being offered in Australia for its nearly 1,700 Catholic missionaries. An opportunity arose in 1971 when the Australian Bishops established the National Missionary Council (NMC). Dialogue began between the various mission-sending bodies, including female and male religious institutes, diocesan clergy and the lay mission groups.

Ideas around the word 'missology' had only grown slowly in the Church prompted by among other things: the Divine Word Missionaries (SVD) with cultural-anthropology studies, the Protestant Edinburgh Missionary Conference in 1910, the 1919 Apostolic Mission Letter of Pope Benedict XV, 1930s mission studies at Propaganda College, Louis Luzbetak’s 1962 publication of The Church and Cultures which appealed to a wide English-speaking audience.

With the backing of the NMC, the Columbans organised the first Australian National Missionary Conference at Turramurra in January 1972. Delegates came from 22 countries. Notable speakers included Alfonso Nebreda SJ from Manila, Herman Janssen MSC and Anglican Canon Peter Robin from PNG, Theodore Van Asten, the Superior General of the Missionaries of Africa, and Bishop Myles McKeon, the NMC president. Columban students followed up with an Open Day for Mission Sunday 1972, repeated the next year with 1,500 people attending. By 1976 it had blossomed into a Mission Exhibition. Then in 1995 they held another National Mission Consultation at Strathfield. This conference along with the 1972 conference marked a significant phase in the ANZ Columban Society’s contribution to mission theory and practice.

In 1973, a trial ten-week Mission Studies Program hosted 19 students from outside the College. Lecturers were contracted from outside the College including overseas experts. Demand increased and a year-long program started. It was called the Pacific Mission Institute (PMI). Fr Brendan Lovett was the first Director followed in 1979 by Fr Cyril Hally. Night classes began for external students in 1985. The PMI’s ‘holistic’ philosophy made personal formation of participants as important as academic studies.

Mission studies opened up issues not often faced in Australian church circles - ecology and justice, dialogue with Islam, liberation theology, the African context and the churches in China. A modern mission library was developed under Fr Fergus Duffy and later Fr Don Wodarz. In 1979 the periodical and documentation collection of the NMC was shifted to Turramurra. 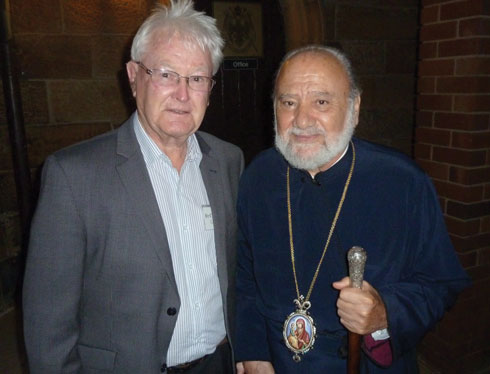 The role of women both as staff members and students of PMI had a major effect in developing the Australian post 1970 Columban seminary-based mission studies. Sisters Majella Tracey FMM, Pauline Rae SMSM and Kathleen Luchetti RSJ served as co-directors.

Another significant aim of the PMI program was to assist returned missionaries to reflect on their overseas experiences and to go through a period of adjustment before re-entering their home church or returning overseas. Another group using the PMI were the initial members of the Columban Lay Missionary Program.

Cooperating with other theological schools made PMI mission programs available to a wider range of students. Turramurra joined with Marist Fathers to form the Union Theological Institute (UTI). It gained accreditation in 1979 and full accreditation as a founding member of the Sydney College of Divinity (SCD) in 1983. As Rector, Fr Noel Connolly gained recognition for our mission courses and St Columban’s became a centre for missology in the new ecumenically based SCD.

The PMI was renamed the Columban Mission Institute (CMI) in 1993 when Fr Trevor Trotter was Rector. But demand for residential mission studies fell. In November 1996 all formal academic programs at Turramurra ended.

From 1974-1996 over nine hundred men and women participated in residential PMI-CMI mission studies programs at Turramurra, in addition to the hundreds of non-residential students. When participants and staff scattered around the world they spread a significant Columban contribution to the Australian missionary movement in every continent.

Since 1997 CMI has functioned more as an animator in the local church in the areas of China, Peace, Ecology and Justice and Christian-Muslim Relations. Mission Studies were reintroduced when Columbans joined the staff of the Catholic Institute of Sydney in 2005 and the Broken Bay Institute shortly afterwards. This time the emphasis has been academic and is not centred around the personal formation of aspiring or returning 'missionaries'.