A profound witness to the Columban motto 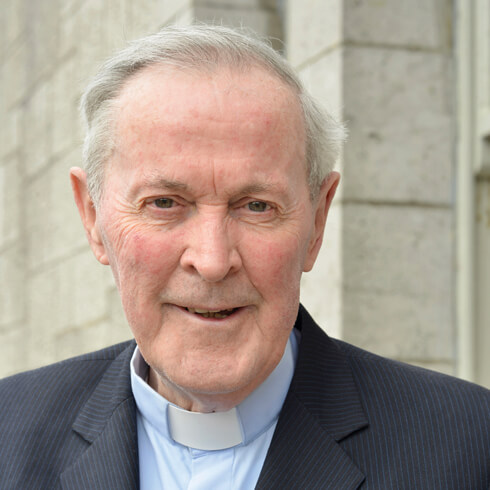 Every long innings comes to an end and Irish born Columban Fr John MacGrath ended his time on this earth on June 14, 2019, when he succumbed to a long battle with cancer.

Although remembered as softly spoken and gentle in his ways, his benign demeanour masked an interior strength, which must have come to the fore as a member of a premiership winning football team in his youth. It remained within him as a quiet resilience that brought him through the many challenges he faced in his life.

Ordained in his native Ireland in 1955, he was sent to Rome to study philosophy, graduating with honours and a doctorate, which sent him down the path of a teaching career.

He loved philosophy and taught it with an elegance, appearing frustrated at times with the narrow curriculum the seminary required and always seeking to push his students outside of the ring into a vast world to be investigated.

After teaching in the Columban seminary in the United States of America for a few years, he was transferred to the Society seminary in Sydney, where he became the rector in 1967, a position he held until 1971.

A strong believer in quality education, he pushed for higher academic standards and began the farsighted process of cooperation among dioceses, universities and other religious congregations to develop a philosophy and theology course that could stand the test of secular scrutiny.

He worked away at inculturation as well, long before the word was popularised, re-modelling his seminary to look a bit more like it was in Australia instead of a manufactured clone of something from the Europe of yesteryear.

It was a defining time in his life, which saw him put down roots in the lives of many a young seminarian and, in his own caring and insightful way, playing a significant role in their lives.

He never lost interest in anyone and right up to his death was always eager for information about their lives. To the best of his ability he followed their careers and held a special soft spot for those who left the seminary or priesthood.

He kept up his contact with many of them, attending weddings when possible and baptising children. For those who remained in the Columbans, he had an equally caring interest, always wanting to know about fresh developments in their lives.

As a born educator, his next assignment was as education officer for the whole Columban world. It was a time of learning and travel, seeing at first hand the challenges that missionaries face in Latin America, across Asia, the Pacific and on the Indian sub-continent.

Then it was two consecutive six-year stints on the Superior General’s council, where his brief was once again education.

It was a challenging time, as the world, the Church and the Columban Society were all going through radical change that was not easily adjusted to.

Then in 1989, at an age when most people are looking down the barrel of retirement, he took on what was arguably his biggest challenge.

He came to Hong Kong to work with the AITECE Foundation (Association of International Teaching Education and Cultural Exchange), which sought out postings for foreign teachers in mainland China, mostly in the English departments of government universities.

He endured life in the back rooms of Hong Kong presbyteries, scratching out cheap meals where he could, then a period at the mercy of unpredictable landlords and finding office space where he could, while the Columbans were working towards establishing a foothold in the territory.

With his ever-present care for the poor, he deliberately sought out the financially struggling universities in the backblocks of China and travelled extensively before the days of fast trains, glittering airports, polished streets and comfortable hotels.

He made friends, seeking out noisy discos and dirty coffee shops for his confidential conversations with Church contacts so they could not be overheard.

He courted the trust of university authorities, while at the same time attracting quality teachers from Ireland, the United States of America and Australia to fill teaching spots.

AITECE gained a good reputation and when Beijing demanded that such agencies be registered, he was extremely proud of his registration number 001.

He continually lectured his recruits on the missionary nature of their venture, to give witness to their faith not through their words, but through the goodness of their lives.

As one young teacher put it, “I had no interest in being a missionary. I wanted to teach English, but I soon realised that if I was to be myself in China, my life inadvertently became a missionary life.”

At the age of 69, he made another brave move taking up his first ever pastoral appointment at Hong Kong’s Cathedral of the Immaculate Conception as the English-speaking chaplain.

It was a time of new and long-lasting friendships, but when age finally began to catch up with him, he moved down the hill to the more sedate life at St Joseph’s and finally to the Catholic Centre in Connaught Road, Central.

As one parishioner put it, “When he asked, ‘How are you?’
It was not a throw away greeting, he really wanted to know!”

As one who spoke neither Cantonese nor Putonghua, he was a missionary with a difference, but nonetheless made a profound impact on the life of the Church both in Hong Kong and China.

He held onto his academic discipline throughout his life, believing that excellence should be reflected in everything he did, including his preaching, which was always the product of a week of prayer, reflection and study - a manifestation of his vocation to a Christian priesthood defined by sharing, brokenness and blessing.

Then at 86 and already on the verge of retirement, his health finally broke, forcing a rather sudden retreat back to his native land and, although there was little opportunity or energy for goodbyes, he left the city he had learned to love, bequeathing his spirit of learning and, maybe more importantly, a profound witness to the Columban motto, 'Let us be for Christ, not ourselves'.

Listen to "A profound witness to the Columban motto"