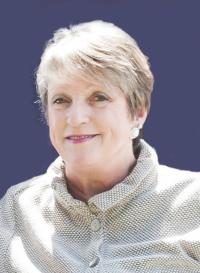 Each year in August Catholic publications invite religious congregations to share their stories in order to foster religious and priestly vocations in Australia and New Zealand. While this edition of The Far East magazine has not been published as a special vocations edition, a strong theme of vocations and commitment to mission has emerged of its own accord.

It begins with the front cover featuring Columban Sr Roberta Ryan who has dedicated her life to mission in Korea and Pakistan. The image is evocative, showing compassion and friendship between two women from opposite sides of the world.

Columban Fr Colin McLean writes about attending the recent ordination of Peruvian, Henry Amado Serván Vallejos, his first Mass and the celebrations that followed. Humbled by all the fuss, Henry says, "Nothing has really changed. I’m still Henry”.

After more than 65 years as priest and missionary, Columban Fr John McGrath ended his time on earth on June 14. He was a witness to the Columban motto, 'Let us be for Christ, not ourselves'.

Inspired by the recent fad to declutter all things material, Tracey Edstein, in the reflection, challenges us to think about how our spiritual life might need some decluttering from time to time.

Columban Fr Vinnie Busch shares that through his association with the Columban Sisters in the Philippines, he came to learn how crucial the Subanen culture is as a voice on behalf of a renewable earth.

From Kadavu, Fiji, we hear about the dedicated catechist, Karolo Naituki, whose commitment to his community and faith never wavered in spite of personal tragedy.

Mission World features Fr Pelita’s biogas project that is saving parishes and parishioners a great deal of money in the diocese of Ruteng in Indonesia.

In his column Columban Fr Trevor congratulates four Columbans who recently celebrated 50 years of missionary priesthood and emphasizes the understanding that God called each one of them.

Columban Fr George Hogarty writes a witty account of his trip back to Korea after more than 19 years. He says that while there are signs of modernity everywhere, to his delight, some of the former fascinating traditions and customs are surviving quite well.

At the Catholic Centre of Academic Excellence (CCAE) in Hyderabad, Pakistan, some of the first group of graduates volunteered to run a CCAE Summer School for the students who are currently enrolled. They see a need to give back something for the opportunities that they were given.

In the Philippines, brave parents of Columban Lay Missionary Hazel Jean Angwani bestowed their blessing on their daughter as she committed herself to Columban Mission in Pakistan.

In his message for the 2019 World Day of Prayer for Vocations, Pope Francis asks us to join in prayer, asking the Lord to help us discover his plan of love for our lives and to grant us the courage to walk in the path that, from the beginning, he has chosen for each of us.