Catholic leaders from all around the world responded to the tragic shooting in Christchurch New Zealand that killed 52 people, showing solidarity and closeness to the Muslim community. 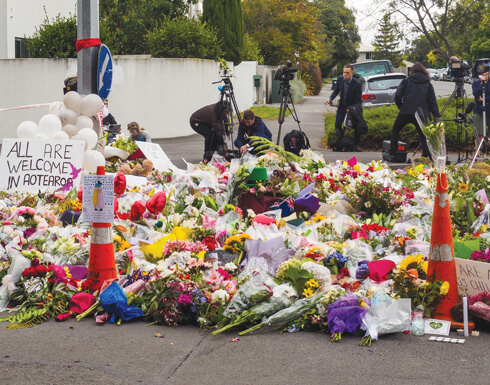 Whether through social media or through statements released by their relative Bishops’ Conferences, Catholic leaders worldwide have been sending out messages of prayer, solidarity and concern for the Muslim community of New Zealand, and worldwide.

The Archbishop of Canterbury, Justin Welby, tweeted his profound sympathy for the victims praying for the healing of people, and reminding everyone that Jesus calls us to welcome strangers and love our neighbour however different they may be.

A message from India

Indian Cardinal Oswald Gracias, Archbishop of Mumbai and president of the Indian Bishops' Conference, expressed "profound pain” for the massacre. And in remembering that it was filmed and broadcast live on Facebook, expressed his concern about inappropriate use of Social Media. "It is increasingly getting loaded with hate, threatening messages, ultra-nationalistic rage and categorization of dissenters as anti-nationals,” he said. “It is time to call out hate mongers and take them to task.”

Statements from Ireland and the US

In Ireland, Archbishop Diarmuid Martin, of Dublin, asked that prayers be said at all Masses in the Archdiocese of Dublin on Sunday March 17, Feast of St Patrick, in remembrance of those who died and were injured in the attacks. The Archbishop also expressed his concern about anti-Islamic sentiments being expressed via social media in Ireland and even in publications purporting to be of Catholic inspiration.

A prayer from Australia

Australian Prime Minister Scott Morrison confirmed that one of the four people arrested was an Australian-born citizen. In a statement, Archbishop Mark Coleridge, President of the Australian Catholic Bishops’ Conference, condemned “this unfathomable act of evil", and is praying that “out of evil good will come, strengthening the bonds of good will in the city, the country and the entire human family, but especially between Christians and Muslims”.

Other global leaders have expressed their sadness, including the Bishop of Singapore, who stated that “such deeds remind us of the importance of promoting inter-faith dialogue” and that tolerance, mutual respect and appreciation of other faiths must be taught and learnt.

Mission Intention for May

That the Church in Africa, through the commitment of its members, may be the seed of unity among her peoples and a sign of hope for this continent.