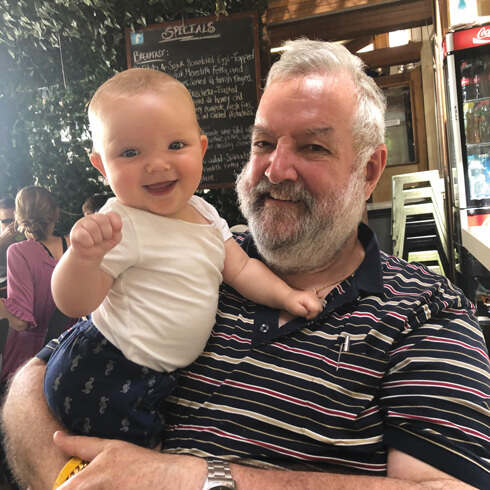 Last month I posted a serious comment on Facebook about a terrorism case in the NSW Supreme Court.

I felt the Judge’s comments pandered to popular prejudice against Islam and Muslims.

Taking on such a high office was a risk, so I was very careful, spending over an hour drafting and re-drafting a few brief paragraphs until they stated exactly what I wanted to say.

I was very pleased that my post was liked over 100 times (nearly all Muslims), received 69 mostly enthusiastic and appreciative comments, and was shared 35 times.

It didn’t go viral by any means, but it made a significant impact and enhanced my reputation as a serious commentator on matters Islamic. I was very pleased.

The next day I made a BIG mistake! I posted a picture of myself holding my 8-month old great niece, Joey. A beaming baby is irresistible.

This family post received nearly 300 likes - three times as many as my post! - and 50 comments, mostly “cute” (referring to the baby, not to me!).

Maybe the pollies have it right, kissing all those babies in their electioneering campaigns.

Maybe to promote Christian-Muslim Relations, I should post photos of me holding Muslim babies!!!

Columban Fr Patrick McInerney is the Director of the Columban Centre for Christian-Muslim Relations in Blacktown, NSW.