From the Director - He dwells among us 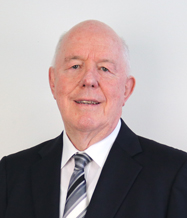 It was a Josephite sister from Lochinvar who first taught me to say the Angelus prayer. Like most six year olds I did not know what it was all about.  My understanding of it keeps on growing and I do not expect to ever fully understand this great mystery of Christmas.

The third verse of the Angelus says, “The Word became flesh and dwelt amongst us”. We all understand that God, the Son, the second person of the Trinity became man and was born in Bethlehem.  In John’s Gospel, God the Son is called “The Word”.  This is where this name comes from.

When we look at the baby, Jesus, in the crib at Christmastime we can look and wonder as we think that God, who created the whole universe, would come to live as a human being in our midst. It is a marvellous experience to be able to contemplate God’s love for each of us in this way.

But my question is, “What do we mean by flesh?”  Most of my life I thought that when we say he became flesh we meant that he had a body like our bodies. That is true. He did have a body like ours. But it is worth reflecting on the fact that our bodies and his body are not in a vacuum. Our body is linked to the air we breathe and the food we eat. Our bodies come from our mother’s body just as Jesus was born of Mary. You cannot have a body without being connected.

So when we say he became ‘flesh’ we mean that he entered into a whole web of relationships. He became connected not just to the universe but also to all the political and economic systems of his time. He was in Bethlehem because an emperor in far off Rome wanted to have a census. Becoming ‘flesh’ means that he belonged to a particular cultural group and was from a particular place on the map. He was called a “Nazarene” because he came from Nazareth.

One thing we do know is that Jesus has not left this world. Once he became flesh he did not throw it off like an old overcoat. He did not try to escape from the web of all the relationships that make up a human life.

As he says at the time of the Ascension, “I am with you always; yes, to the end of time”. So often we imagine Jesus as having left us and gone back to heaven. To keep on reminding ourselves that the risen Jesus is always with us here and now is something we need to work at.

So, instead of saying  “And the Word was made flesh and dwelt among us,” we can change the Angelus prayer a little bit by saying “The Word became flesh and dwells amongst us today.” He not only dwelt amongst us humans when he was born in Bethlehem and grew up in Nazareth.

He dwells amongst us today. His body is a risen body. It has been changed and transformed.

In the same way the web of relationships – family, geography, political, environmental, economic, etc. - are also transformed by the fact that Jesus has risen from the dead and lives amongst us. This is the basis for Christian hope. Life does not remain the same. The risen Christ continues to pour out his Spirit so that our world, our universe, will be transformed. It will continue to evolve until we are all sharing the life of God.

This is what we mean when we talk about the Incarnation. He entered fully into our lives. He lived in a way that led to his death and resurrection. We say that by doing so we are saved. Our lives are transformed. This is what we mean by salvation and redemption. We are transformed and so is the whole web of relationships that make up our world. Our God loves us so much the Word became flesh and dwells amongst us. The baby in the crib has changed the whole world.