The Uber driver and the priest 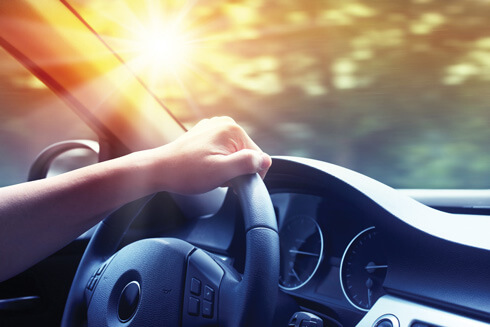 Despite a bad loss to Collingwood, it had been a pleasant evening of football viewing in delightful company, with good fish and chips and above average red wine.

Then the short trip home in an Uber began with a step from the warm living room into the crisp night air and a trot down the street to where the car was waiting on the wrong side of the road.

My relationship with the Pakistani driver began with a two-way ‘you are wrong’ discussion over the address, neither spiteful nor helpful, but quickly moved to the driver’s amazement at my vast knowledge of his homeland, leaving me with some insight into the above average ignorance of his average customer.

When we pulled into our house in Woodland Street, I thought little of his “Is this a church?” question, but it was quickly followed by “Are you a priest?” and then the car jolted to a stop.

Presumably smelling of red wine, I wondered what may come next with some apprehension, but then I noticed he was crying. Eventually the explanation, “I would be dead today if it was not for a priest.”

An account of his seven-year trip to Australia from a Taliban-plagued village near Peshawar via an Indonesian prison and two boat calamities followed.

But what of the priest? He had guided him out of the clutches of gangsters in Indonesia and then negotiated a cheap passage on the ill-fated boat that foundered off the coast of Christmas Island in 2012, leaving 90 people at the bottom of the sea.

Among the survivors and not the perished, nine years later my grateful host told of the kindness displayed by this holy and humane priest who did not fit his stereotype of your average man of the cloth or your average people smuggler.

Listen to "The Uber driver and the priest"