A gentle man of faith and integrity 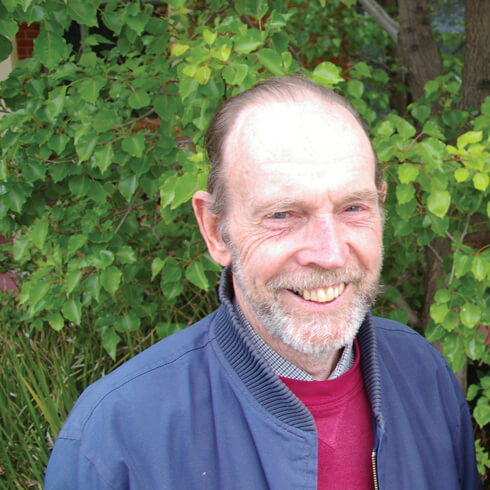 Columban Fr Peter Toohey died suddenly on July 9, 2019 in his own apartment seemingly as he was doing his morning physical exercises. He was 78 years of age. Peter was born in Sydney, the fourth of six children.

After graduating from secondary school he entered the Columban seminary and was ordained in St Mary’s Cathedral, Sydney, by Norman Cardinal Gilroy on July 21, 1963. He was appointed to Korea along with three of his classmates, Columban Frs John O’Hara, Peter Kelly and Paul Carey. After language studies he assisted in several parishes in the Kwangju Archdiocese and as pastor in the parish of Yeonggwang.

In 1971 he was appointed to the Australia/New Zealand Region and began a long journey in response to the call of those on the margins, or as Pope Francis would say, the periphery, namely, the poor, the dispossessed, the disabled, the disadvantaged, the discriminated against. This began in Sydney at the Matthew Talbot Hostel for homeless men run by the St Vincent de Paul Society and also as chaplain to the Gladesville Psychiatric Hospital. Next was a three month experience of the L’Arche community in Ottawa, Canada, which was followed back in Sydney by an involvement in a network of people with intellectual disabilities and their families and an eventual participation in establishing a L’Arche community there in 1983.

In 1986 Peter headed to Chile, studied Spanish language and worked in the parish of Lo Espejo in Santiago. But after one term there he spent most of his vacation time at the Mirrilingki Spirituality Centre for aboriginal people at Turkey Creek in the Kimberleys. Peter then asked for and was given permission by both the Columbans and Bishop Jobst to join the spirituality team there as an employee of the diocese of Broome. Peter was particularly attracted to the contemplative possibilities of the work and the distinctive spirituality of the aboriginal people and their sense of community.

Peter next moved from Turkey Creek to the parish of Kalgoorlie in the Archdiocese of Perth with a particular focus on the aboriginal people of the area. Seven years later he moved into the Columban house in the city of Perth and a chaplaincy to three prisons there but again focusing on aboriginal prisoners. With others at the Christian Centre for Social Action he engaged in efforts to ‘humanize’ the prison system.

The year 2014 brought an official retirement for Peter but he continued involvement in many ministries and movements in the diocese always searching for those in need, the poor, the marginalised and others who like him sought to live a more genuine response to the Gospel. He engaged in these groups with a quite unobtrusiveness which often belied the depth of relationship he built with all people. His lifestyle was simple. He liked to garden. Classical music absorbed him.

He was a gentleman who, with a lot of searching, found ways to follow his missionary calling. His recognition of the values and spirit of the Australian aboriginal culture and religion was a special charism.

Peter’s funeral Mass took place at 10.15am on Friday August 2, 2019 at St Joseph’s Priory Church, Queens Park, Perth. It was a beautiful sunny winter’s day. The four hundred people who attended gave witness to the variety of people and the many groups that Peter had ministered to during his time in Western Australia. One of his two surviving sisters and six of his nieces also attended.

It was a wonderful tribute to a man described by the Archbishop of Perth, Timothy Costello, as “a fantastic priest”.

On behalf of the PMU (Pakistan Mission Unit) I pass on to you prayerful sympathy on the death of dear Peter Toohey.

I felt sad and somewhat shocked on receiving the news of his sudden death. You will also have felt saddened and shocked.

I have many treasured memories of times shared with Peter. He was a very treasured presence around Turramurra when he was on mission in the Sydney area. We students at that time appreciated Peter very much.

In my first year we had some holidays and we mostly adventurous Kiwis went tramping in the Blue Mountains. I enjoyed that trip very much indeed. Coming from the Southern Alps of the South Island it was good to look over your mountains.

A few years ago Peter visited Pakistan. I was so pleased to be able to journey around Badin and beyond with him.

Peter was pleased that we were on mission with very poor people. The people here were able to relate with him with his genuine love, humility and personality.

May his genuine, gentle soul who reminded us of Jesus now be with Him whom he loved and served so well among the poor and struggling, giving them hope.

May we and Peter's family experience Jesus who stated, "Blessed are they who mourn, for they shall be comforted."

Columban Fr Daniel O'Connor from New Zealand has worked in Pakistan for over 30 years and is the Pakistan Mission Unit co-ordinator.

Listen to "A gentle man of faith and integrity"