Does the land belong to us or do we belong to the land? 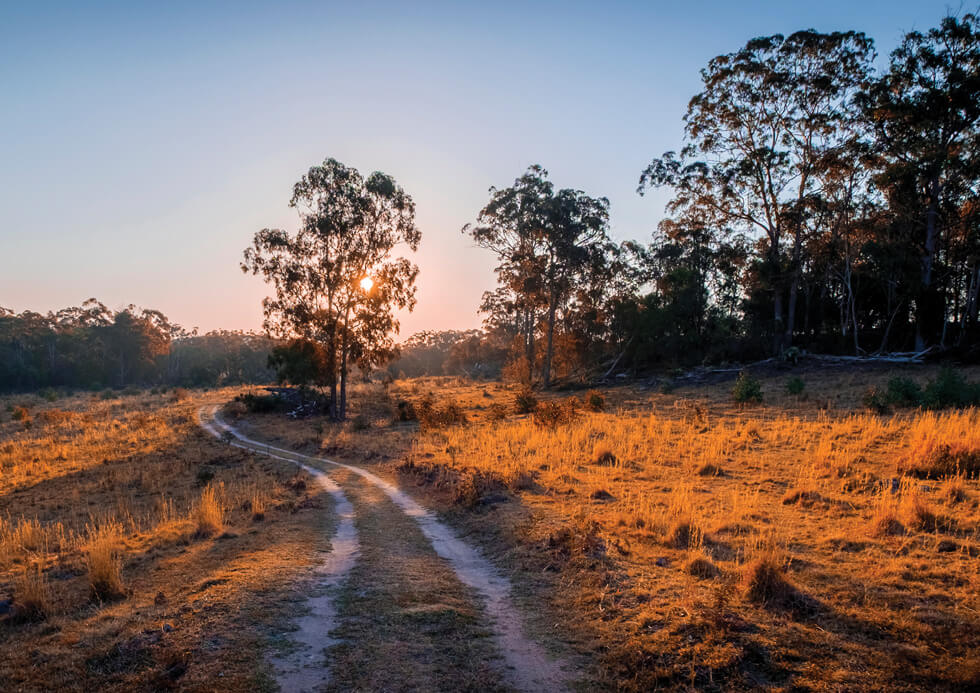 As a homesick teenager wandering England at the beginning of the 20th century, Dorothea Mackellar penned the words, “I love a sunburnt country… a land of… droughts and flooding rains.” She does not mention fires, but she certainly would have witnessed them growing up on her family’s extensive Australian landholdings.

However, Mackellar was ruminating on her preference for the harsh landscapes of her homeland over the “ordered woods and gardens” of England, not playing the prophet those who deny the reality of climate change like to make of her. It is tempting to say there have always been droughts and fires and always will be - nothing has changed.

However, over the past four months or so, Australia has experienced fires of an order not witnessed in times past.
At times, over 200 have been burning simultaneously across the country stoking an inferno that fire fighters, scientists and meteorologists alike describe as unprecedented in size, heat and unpredictability in their behavioural and movement patterns.

While it has been established there were times prior to European settlement when most of the east coast was burning, details are sketchy. Nevertheless, fires in 2003 were described as unprecedented, as they were in 2009 and again in 2014, eclipsing the 1939 blaze regarded as the gold standard of disaster.

However, 2019 has pushed the limits even further, with animal and livestock losses, bio-diversity destruction and sheer hectares affected, strong indicators.

Some 10 million hectares have been burned, almost 100 times the total land mass of Hong Kong, over one billion animals have died, more than 20 percent of the country’s livestock inventory lost and efforts at containment have consumed millions of litres of an already scarce water supply.

It is not merely the expanse of land burned. The manner in which it burned is what makes the current fires unprecedented. Much of the land needs fires to pollinate and regenerate - in this sense they are natural and should be life-giving - but the extreme temperature of fires this time round has seen soil left barren and seedlings scorched of all life.

More than 2,500 homes are gone, as well as countless sheds and other structures containing expensive equipment and precious livestock feed, and at times 4,500 fire-fighters (most of whom are volunteers) have been deployed on the front lines, with many more involved in back-up roles.

However, in comparison with the past, few lives have been lost. Rather than being an indication things are not as bad as previously, this is a testament to the expertise gleaned from past failures, improvements in fire-fighting equipment, communications and people management, as well as expert assistance from New Zealand, the United States and Canada.

As the premier of New South Wales encouraged, look hard at the number of lives and properties (counted in the tens of thousands) saved, rather than just the number lost.

However, simple statistics do not tell the story. For two decades now, Australia has suffered from below average rainfall and much of the country is officially in drought, and has been for several years. The native animal loss is a dire indicator of this, as they are resilient, savvy and instinctive in finding shelter.

Wildlife has been outsmarted by fire, as the normal safe havens in valleys and around damp creek-beds, usually spared from flame, this time round were not.

Australia has suffered from the effects of climate change in an inverse proportion to its contribution, especially in terms of its rising average temperatures.

A former fire commissioner in New South Wales, Greg Mullins, told the Climate Council quite bluntly that bushfires are now the new normal for Australia, as is a fire season that extends for several and not just a couple of months.

Trends show there will be less winter rain, more frequent droughts, more storms and increased lightning strikes, the principal cause of bushfires.

Fifty-five towns, most with populations counted in the thousands and some in usually high rainfall areas, are predicted to run out of drinking water in the next six to 12 months.

Traditionally a particular area would only burn on average once in 21 years, but this first decreased to 13 years and is now down to every six years. Thirty-one fire chiefs from across the country confirmed this trend.

Some major newspapers continue to tout the fires as what has always been, while Government concentrates its energy on containment and damage mitigation theories.

It is fertile ground for the proponents of the single-issue fix. Hazard reduction, normally carried out by burning flammable material during milder weather, is promoted as a miracle fix, and arsonists are being blamed as the primary instigators of the crisis.

But Mullins notes arson (not all deliberate) is responsible for as little as ten percent of the fires and while hazard burning has a valuable place, Australia’s landscape is more complex than that and it is not a panacea for all ills.

Strangely, however, although public generosity, both in terms of money, voluntary hours and expertise offered, has been inspiring, the two sides of the climate change debate seem to be even more polarised than ever and hope of a politically bi-partisan approach more remote as each day passes, and fires continue to threaten.

This is a country of droughts and meteorological projections do not enthuse. Something has to give. It is not simply a matter for politicians to grapple with; ordinary citizens have a role as well. Faith communities have their place too.

Columban Fr Charles Rue points to Pope Francis telling us that work for an integral ecology is a faith essential. His encyclical, Laudato Si': On Care for our Common Home, requires faith communities to dialogue with spheres of science, business and politics in a way that can lead to cooperative action.

We do not have to wait for bishops to lead. Every individual and community group can act and speak on its own initiative.

Australia may be a land of droughts and flooding rains, but as witnessed in the last 12 months both its flooding rains and its droughts have occurred in manners unprecedented.

What will drive change? In terms of housing lost, probably the insurance industry. The damage done to agriculture and primary industry is more complex.

The experience of this land exulted by MacKellar in her lines, “for flood and fire and famine, she pays us back three times” is being seriously challenged, as the drumbeat of rain on the roof has not been heard in much of the country nor is it expected, suggesting a serious examination of how land is used and where the threefold payback may come from.

Serious listening to the Australians who do understand the relationship among drought, fire and flood seems a good place to begin.

And the question asked in the Book of Genesis could well come back into the public discussion: Does the land belong to us or do we belong to the land?

Listen to "Does the land belong to us or do we belong to the land?"