Reflection - The controversy of Mickie Daly 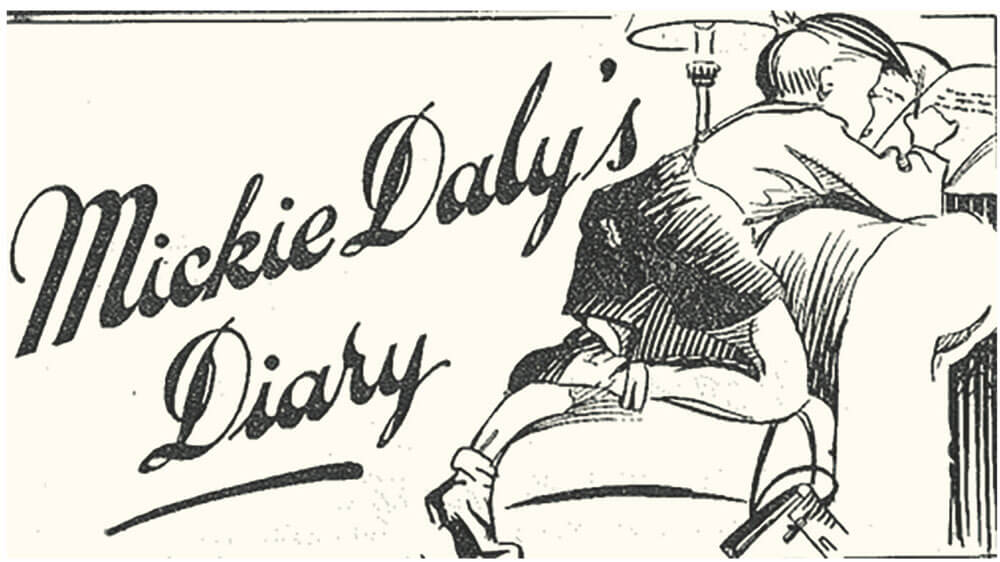 Doing parish appeals for The Far East here in New Zealand I was amazed at the number of times that people told me of their fond memories of Mickie Daly’s Diary. In its 100 years of existence our magazine would have covered many important historical moments like the founding of the Society and the early days in China. It charted the opening of new missions in Japan, Korea, the Philippines, Burma, Fiji, Chile, Peru, Taiwan, and Pakistan as well Belize, Brazil and Jamaica. It told of the expulsion of Columbans from China and later from Burma and more recently a return of Columban Missionaries to both countries.

It would have reflected the theological developments in the understanding and practice of mission that have happened since the foundation of the Society, expanding from the conversion of “pagans” in the early days in China to interreligious dialogue, care for the poor, and for the exploited earth that are part of mission today. It reported the many different activities and projects that were and are expressions of what it means to live and witness to the Gospel of Jesus. Yet, people remembered Mickie Daly.

I was surprised to discover that Mickie Daly’s Diary was also a source of controversy. In July 1933, a decision was made to cease publication of the Diary. This was in response to a letter which called for it to be banned for three reasons:

Mickie corrupts the King’s English with his ungovernable spelling.

He is the worst possible example for our children.

It is hard to imagine that such a boy aspires to be a priest in China. He will probably end up in jail.

The editor decided to put this question to The Far East readers: “Do you believe The Far East would be better without Mickie Daly?” In the months that followed there was a flood of support from younger readers (and a few older people also) for Mickie to resume his Diary. Typical of the type of response was what Doris Blackledger wrote in the November 1933 edition: “The Diary was most beloved by the children of New Zealand. Every child used to wait most longingly for the postman in order to read the Diary”. So the editor conducted a poll and in November 1933 by a count of 25,748 votes to 9,313 it was decided to continue with the Diary. 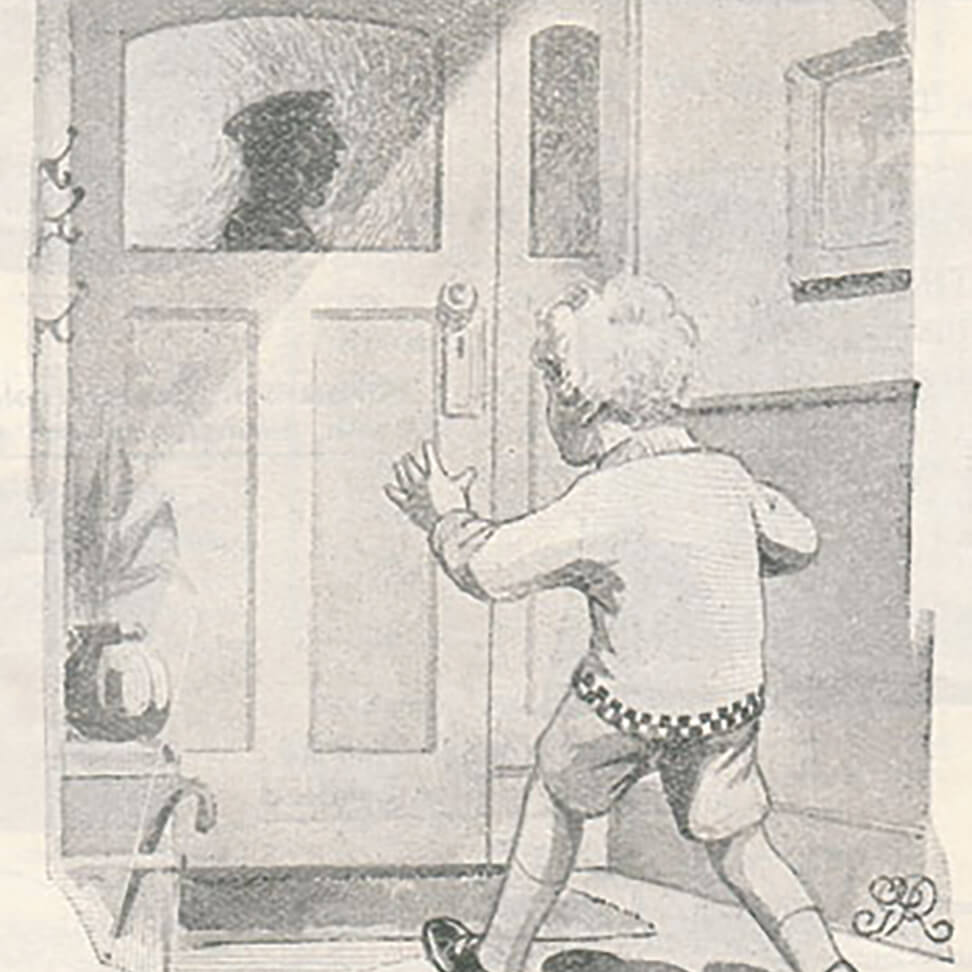 So I am wondering what it was about the Diary that made it so popular and memorable. Another letter of support in August of 1933 from a Mrs Harty captures one reason when she says “Spelling and English do not feed a child’s imagination and do not give him a little hero, who, for all his faults, is a real flesh and blood boy having a big fight to be good”. A constant theme in the Diary are his battles to beat the devil.

I remember a reflection written about the Irish snooker player, Alex Higgins, that explored why so many people rooted for him, especially in his battles with Steve Davis. Davis, so calm and cool, was the total opposite of Higgins who was so jittery and hurried in his play that he was nicknamed Hurricane Higgins. The writer says that when Higgins got up to play, she was at the edge of her seat, “desperate for you to beat whatever devil is driving you over the edge and beyond.” People saw in his game “a gripping illustration of their own lives”. She concluded that many people wanted Higgins to win because, if he could beat his demons, they could beat their own. Every win for Higgins was a source of hope for other battlers. 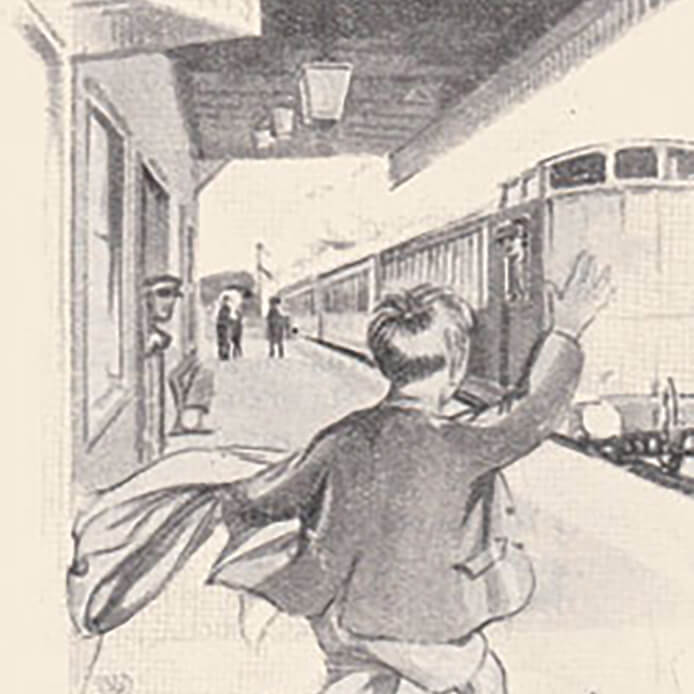 Mickie Daly was a battler. He was also a dreamer who aspired one day to be a missionary in China. I think in a very simple and humorous way the Diary conveyed something essential about mission to people, namely that mission is open to all, even the Mickie Dalys of this world. Young Dunedin student, Theresa Joyce, remembering Columban Fr Francis Vernon Douglas from Wellington, said: ”The fact that he was from my country, ate fish and chips, saw the Southern Cross and learned the haka in school brought sanctity to a new level. It wasn’t something distant, all too glorious and totally unrelatable. It was close to home. It was home!“ (NZ Catholic 2009). As Frank Wheeler from NSW said in support of Mickie: ”Tell him to still pray to be a priest and go to China because I hope to go there also, and then I will see him over there”. (September 1933)

Mickie Daly brought mission close to people who were engaged in flesh and blood struggles to live the Gospel, people who fall often but continue to get back up and try again. It did so with humour, helping people to laugh at their human foibles, frailties and failures and not be mastered by them. It encouraged big dreams in little people, like the dream that a small missionary society, founded in Ireland in the middle of an Irish rebellion, World War I and a flu pandemic, might bring about the planting of the Gospel in the great missionary frontier that was China.

Listen to "Reflection - The controversy of Mickie Daly"