Sweat on your Christmas tinsel 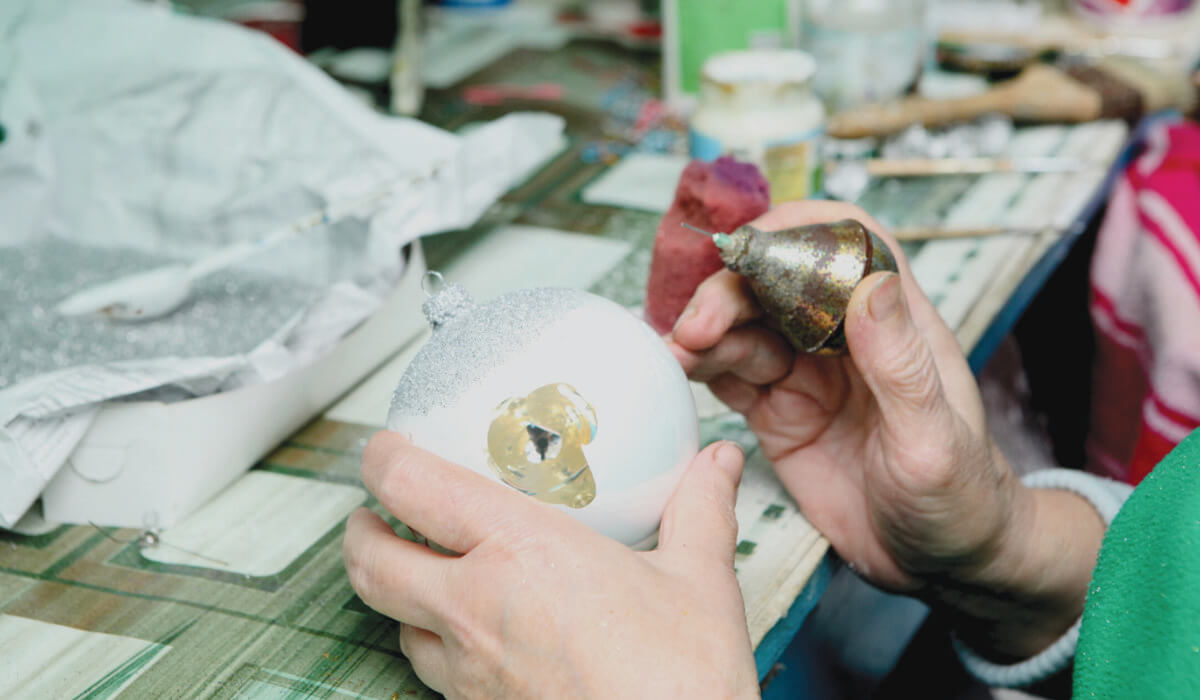 "Ask about the labour not the label,” Australian troubadour, Dermot Dorgan, counsels in his award-winning social justice song encouraging responsible consumerism. The same question can well be asked about the tinsel and flashing lights that adorn our Christmas trees and the Santa costumes that the jolly bearers of gifts don while doing their rounds.

An article published in China’s Global Times points out that 60 per cent of the world’s Christmas decorations comes from what is dubbed the Chinese Christmas Village.

Photographs first published on the Chinese web portal, Sina, show low-paid workers sweating it out under harsh conditions in the village of Yiwu to make cheap decorations for a festival they know nothing about.

A man who stumbled across the village was so horrified at what he saw, he published a photo essay commenting on how divorced from the reality of Christmas work conditions in Yiwu are.

Local demand keeps the village busy right up to December 25, but work on developing new creations for its major international markets begins in January. They are then ready for showcasing in a four-storey purpose-built pavillion, covering some three Melbourne Cricket Grounds, at an April invasion by worldwide distribution outlets sourcing supplies of the latest styles to fill their shelves in time for the Christmas shopping frenzy.

The pressure is then on to fill the orders for shipment by August or September. One young worker told the photo essayist he did know Christmas is some kind of western festival but did not know what it was about. The essay notes, “At first glance, the Chinese Christmas Village seems to be a place full of Christmas spirit; in fact, it is a place that regards Christmas only as a business celebration.”

People do not care what Christmas means. “They just know that Christmas will bring them financial profit and thus it is about an industry, the production of related products and earning commercial profit. In Yiwu, faith lags far behind the speed of the market; a godly holiday has suddenly turned into a money-making opportunity. Unfortunately, this mood is not confined to the small commercial street in Yiwu; it has flooded the entire society.”

In his message for the World Day of Peace 2015, Pope Francis talks about the market responsibility of consumers. This stretches to questioning the conditions of manufacture of the cheap and junky tinsel, shiny balls and glittering lights that litter restaurants, shopping malls, churches and even our homes at Christmas, most of which end their short life spans in the rubbish bin.

Our Christmas shopping should take account of the sweatshop conditions in the manufacture of our purchases. “Every person ought to have the awareness that purchasing is always a moral and not simply an economic act,” the pope says.

So if there is a bit of sweat on your Christmas tinsel, at least wonder where it came from! It is part of making Christmas holy.

Listen to "Sweat on your Christmas tinsel"