A life lived on the line to save others mourned 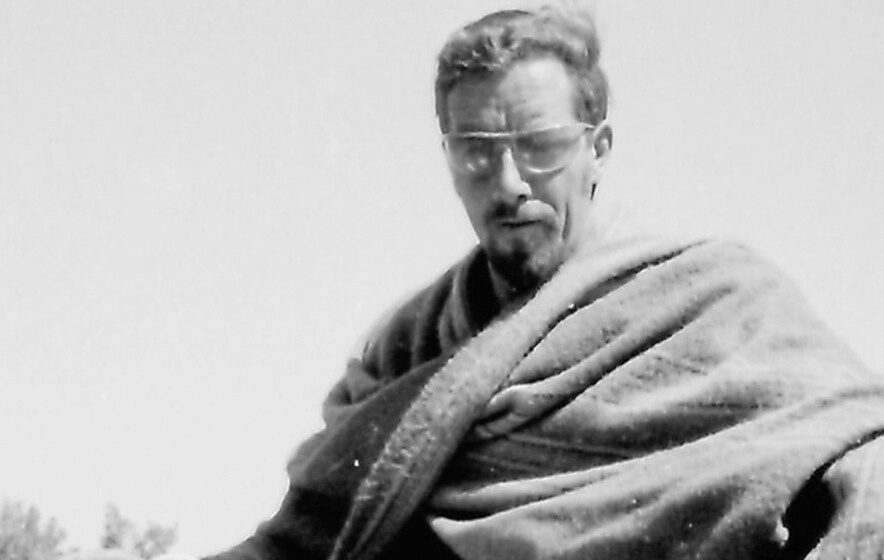 Philip Noel Dunne died of COVID-19 at his Colorado home in the United States in December last year, but his death means far more than one more statistic to the many people from Chile for whom he put his life on the line almost half a century ago.

As a Columban priest working in the shanty towns of Chile’s capital city of Santiago in the 1960s, he was affectionately known as Padre Noel, but today, the same Padre Noel is being remembered as a hero to the hundreds he helped smuggle themselves out of the country to safety. Patricio Riesco, whom he assisted in fleeing Chile, said of him, “His commitment to the poor was his way of life.”

Riesco recalls, “In 1973, Noel was risking his own life and safety on a daily basis in order to help and give shelter to those persecuted by the Pinochet regime. He was the man responsible for helping all the Chilean families that came to Ireland as political exiles in 1974, myself and my wife included. We owe him our lives and safety. We will never forget his courage.”

Noel went to Chile as a newly-ordained Columban in the early 1960s, when the Christian Democrat government with its policies built on Catholic social teaching was showing promise of delivering a better and brighter future.

However, promising beginnings soured and it lost the 1970 election to the Popular Unity coalition led by Salvador Allende, whose presidency was marred by a series of scurrilous, clandestine attacks orchestrated both at home and abroad. It ended abruptly with his suicide during a bloody coup d’état led by the military general, Augusto Pinochet, on September 11, 1973.

Pinochet brought with him an era of martial law, with random arrests, detention, interrogation under torture and extra-judicial executions. Noel discovered he was able to use the strong links he had formed with the poor and the influence he had built up among political groups through his promotion of cooperatives to shield many people on the hit list of the military dictatorship.

His work among the poor had made him a trusted source for many people seeking change in Chilean society, as well as improvement in employment and social conditions. He undertook this ministry with great courage.

However, as the violent crackdown on civic freedom, human rights and speech became more brutal, he gradually assumed responsibility for organising escape routes for persecuted opponents of the new regime through foreign embassies in Santiago.

He was captured by the military on two occasions. The first was for helping a political activist climb an embassy wall. He was thrown into a cell and interrogated for hours.

By good fortune, he escaped torture, prison or worse, as his captors thought they had the wrong man. They were looking for the priest popularly known as “Padre Noel”, but his identification documents carried his only first name, “Padre Filipe (Philip)”.

The second time round, Noel was bundled into the back of a secret police truck on top of other prisoners. Handcuffed and blindfolded, he later recounted how although the truck was stationary, it began to shake from the convulsing of the raw nerves of his fellow captives. They were later taken to the football stadium in Santiago, which was being used as a giant prison and place of execution.

On this occasion, Noel was rescued by an American priest with official connections to the United States government, which was influential with the Pinochet regime.

With his life in danger, he managed to get back to Ireland and from a parish in the centre of Belfast helped organise escape routes for refugees fleeing Chile. He was also influential in finding housing and work for them in an area of the Republic of Ireland that was offering safe haven to people escaping the blood-soaked streets of Northern Ireland.

The coup of 1973 and the experience of living with the violence of the infamous Troubles in Belfast galvanised his resolve to continue his struggle for justice. Unable to return to Chile, in the 1980s he took an assignment in Peru, where he lived among the indigenous peoples of the Andes Mountains. There he met a sister from an American congregation and they later married.

As a couple, they adopted a baby indigenous girl and eventually settled in Colorado in the United States, where Noel continued his social advocacy, serving as the director of Christian Community Services in his local parish and on the board of the Immigrant Resource Centre. He cherished his relationship with the Guatemalan people in the area and many bear testimony to the contribution he and his wife made to their community.

Born in Dublin in 1935, but raised by Gaelic-speaking relatives in the west of Ireland after his mother's death in childbirth, his knowledge of the language proved useful in Chile, allowing him to communicate secretly with other Gaelic speakers behind the backs of the military and police.

His death is being mourned by many, but his memory will live long with those who found freedom because of his heroic commitment to the poor and the persecuted.

Adapted from an obituary published in the Irish Times on May 21, 2021 by Columban Fr Pat O’Donoghue.