A quest for freedom 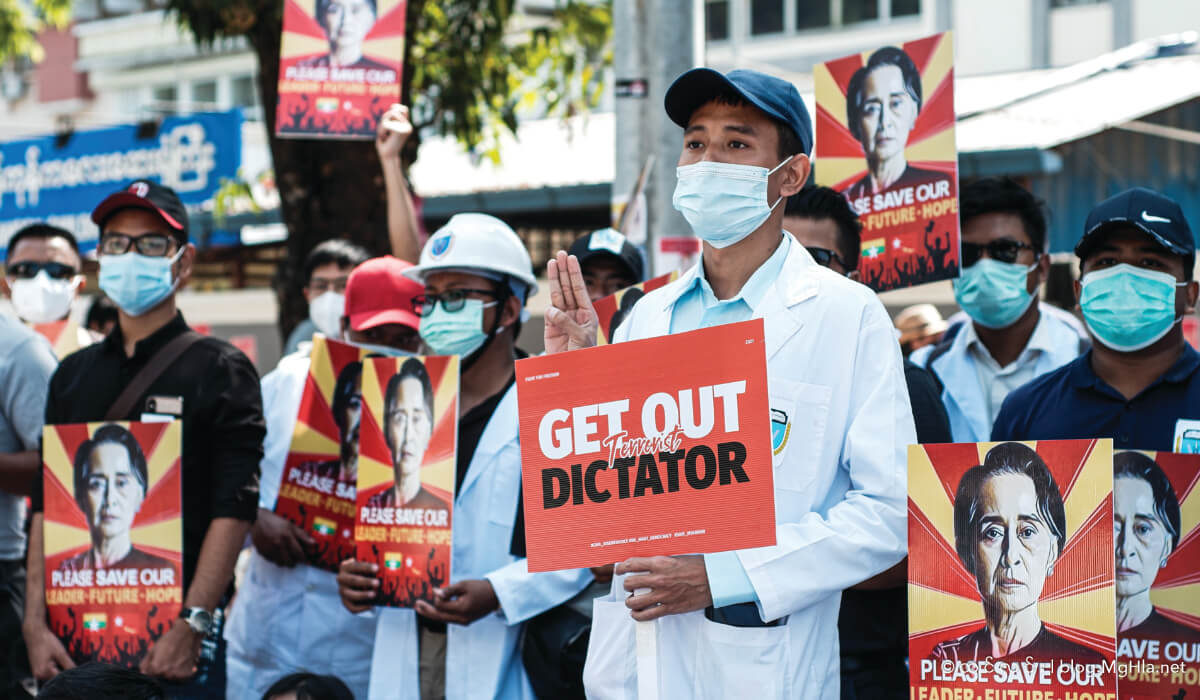 Demonstrations against the military junta have continued for one year.  Photo: MgHla (aka) Htin Linn Aye, Protest in Myanmar against Military Coup 14-Feb-2021 14, CC BY-SA 4.0

The city of Bhamo in the Union of Myanmar is settled quietly on the banks of the steadily flowing Irrawaddy River, but the peaceful ebb of the water defies the violence of the military background of this strategically important stronghold. This history came into play in a particularly poignant way on the first day of February last year, when our household woke to discover there was no mobile phone or internet connectivity.

A local priest gave me the disturbing explanation. The iron-fisted military junta that has dominated politics in the country for the past 60 years had staged a coup d’état and ousted the democratically elected members of the parliament, even arbitrarily arresting them and accusing them of amazing crimes no one believes they have committed.

I smelled the fear in the classroom that morning too, when my students fronted me bluntly with the question, “Sir, are you aware of what is happening to our country?” All I could tell them was that it was now subject to a one-year state of emergency. This was martial law and a complete news and communication blackout was in force.

However, the people did not lie down in fear. They responded with deep anger and deeper resentment for the power mongering generals so firmly ensconced in their palaces in the far off capital city of Naypyitaw. The people organised huge nationwide protests, taking to the streets in almost every city, town and village in the country.

Uniformed military personnel were visible almost everywhere. There were arrests, injuries and deaths in the street, but the fighting spirit of the people and their determination to protect their rights was not quelled. The demand was simple; respect the democratic vote and the right of the elected members of the parliament to govern.

Young people were among the most active in the protests. My students among them. They persistently asked why I did not join them in the street, but I was hesitant. I kept assuring them that I did understand what was going on, but secretly in my heart, I wondered.

Growing up in the Philippines I had seen lots of street rallies and could understand them well, but although I was confident I had a good understanding of the political issue, Myanmar is a foreign country to me and I wondered how well I understood the dynamic of the street. Would I be a danger to myself, and more importantly, would I pose a danger to those with whom I stood in solidarity. 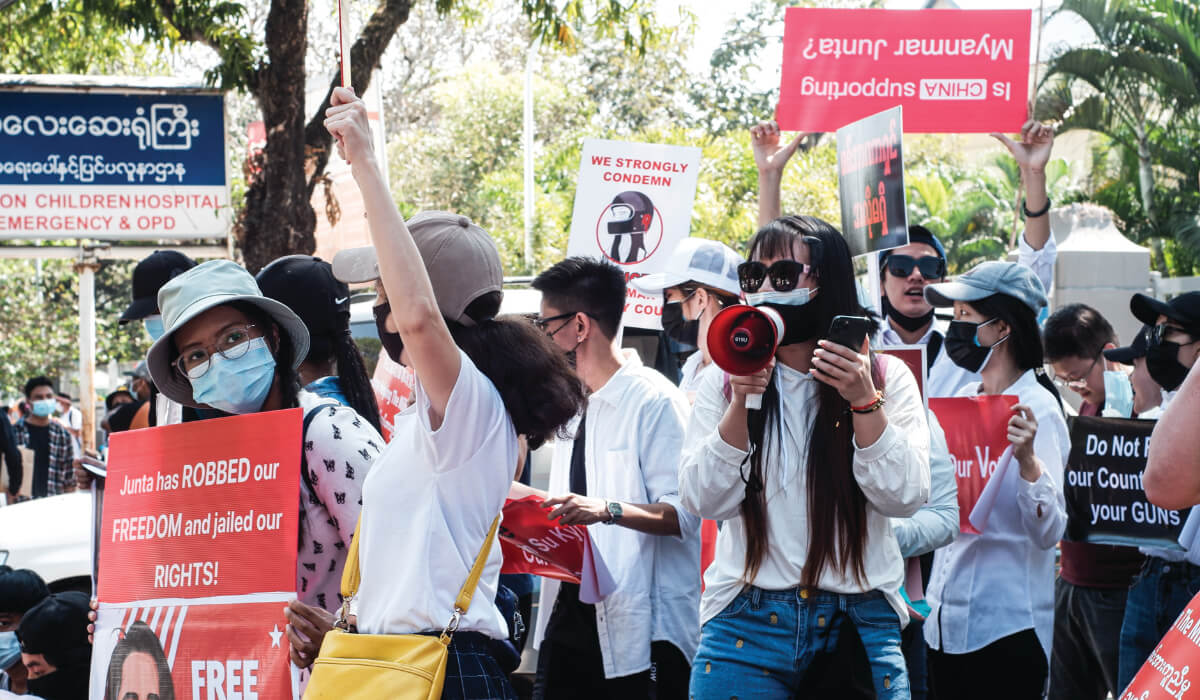 The military junta underestimated the resistance of the people to the coup. Photo: MgHla (aka) Htin Linn Aye, Protest in Myanmar against Military Coup 14-Feb-2021 14, CC BY-SA 4.0

I discussed this with my lay missionary community and it was decided to ask the bishop to come to lunch to discuss the matter. We talked about the situation and the status of foreigners. The bishop told us, “Most foreigners have left already, especially those who live in the big cities, because their safety is threatened, and they were slowly losing their ability to do business. In your case, I think you should go home (to the Philippines) for a while.”

He mentioned more than once that the situation could get worse and it was hard to be certain about what might happen. If it deteriorated, as lay missionaries, the three of us could be in real danger and our presence could prove to be a danger to others as well. Taking the bishop’s advice, we registered ourselves at the office of the Philippine Embassy and were added to the waiting list for a promised repatriation flight to Manila.

The biggest challenge turned out to be getting to the international airport in Yangon, which is a long way from Bhamo, as there were no domestic flights and the road to the country’s biggest city was riddled with checkpoints and roadblocks.

Fortunately, the bishop was able to help us, but it was not easy to say goodbye to the people with whom we worked and had built up good relationships. We felt we were abandoning them at this most difficult time. However, despite the current chaos, they remain hopeful this crisis will pass and better days dawn in the near future.

Now, back in the Philippines, I am shouting my support for the people of Myanmar through social media. This really means a lot to them. It was their only request to me before I departed.

The whole world knows of the struggles of Myanmar, but we still need to continue praying that the people’s cry for their beloved country will not fall on deaf ears.

Columban lay missionary, Michael Javier, is assigned to Myanmar, but is currently in the Philippines.

Listen to "A quest for freedom"