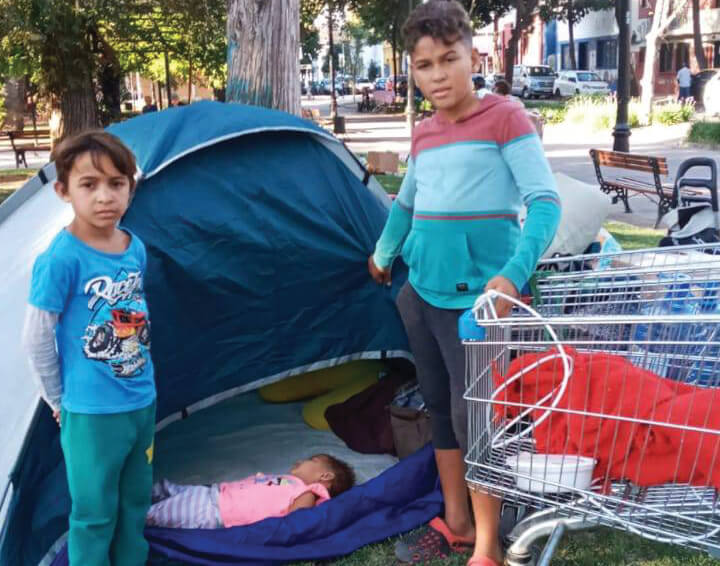 Why leave Venezuela? - The current situation

According to recent reports from the United Nations High Commissioner for Refugees, 5.9 million people have fled Venezuela in the last few years. This flight from repression, hyperinflation, shortages of food and medical supplies, as well as essential services represents one of the largest displacement crises in the world.

The nutrition assistance World Food Programme of the United Nations says one out of every three Venezuelans, or 9.3 million people, is classified as food insecure. Children are increasingly dying from hunger- and malnutrition-related illnesses. Diseases, formerly eradicated, such as malaria and cholera, have returned (World Vision).

The majority of Venezuelans arriving in neighbouring countries are families with children, pregnant women, elderly people and those with disabilities. Their journeys across more than one national border to safety are often made over irregular routes that leave them at the mercy of people traffickers, smugglers and illegally armed groups.

The displaced Venezuelans arrive with precious few possessions, completely exhausted and in urgent need of help. In many cases, they are in a precarious situation, as they lack the official documentation that would give them security of residency and access to services in the host country. They are, therefore, particularly susceptible to xenophobic attitudes, as well as sexual and labour exploitation, trafficking, violence and discrimination.

Host countries across Latin America have been generous in receiving the Venezuelans, but their ability to receive is rapidly reaching saturation point, their resources overstretched.

“In Venezuela, we had to wait in long queues to try to get some food or gas, or anything. There was no work. It was extremely difficult to obtain medicine. So my husband and I, with our small daughter, decided to leave. We left in April 2018 and journeyed first to Peru, where we barely survived for three years.

“In May 2021, we decided to move to Argentina. Due to economic problems there, we then decided to move to Chile, arriving in September 2021. We give thanks to God for the welcoming reception here in the parish Migrant Hospitality Houses.” 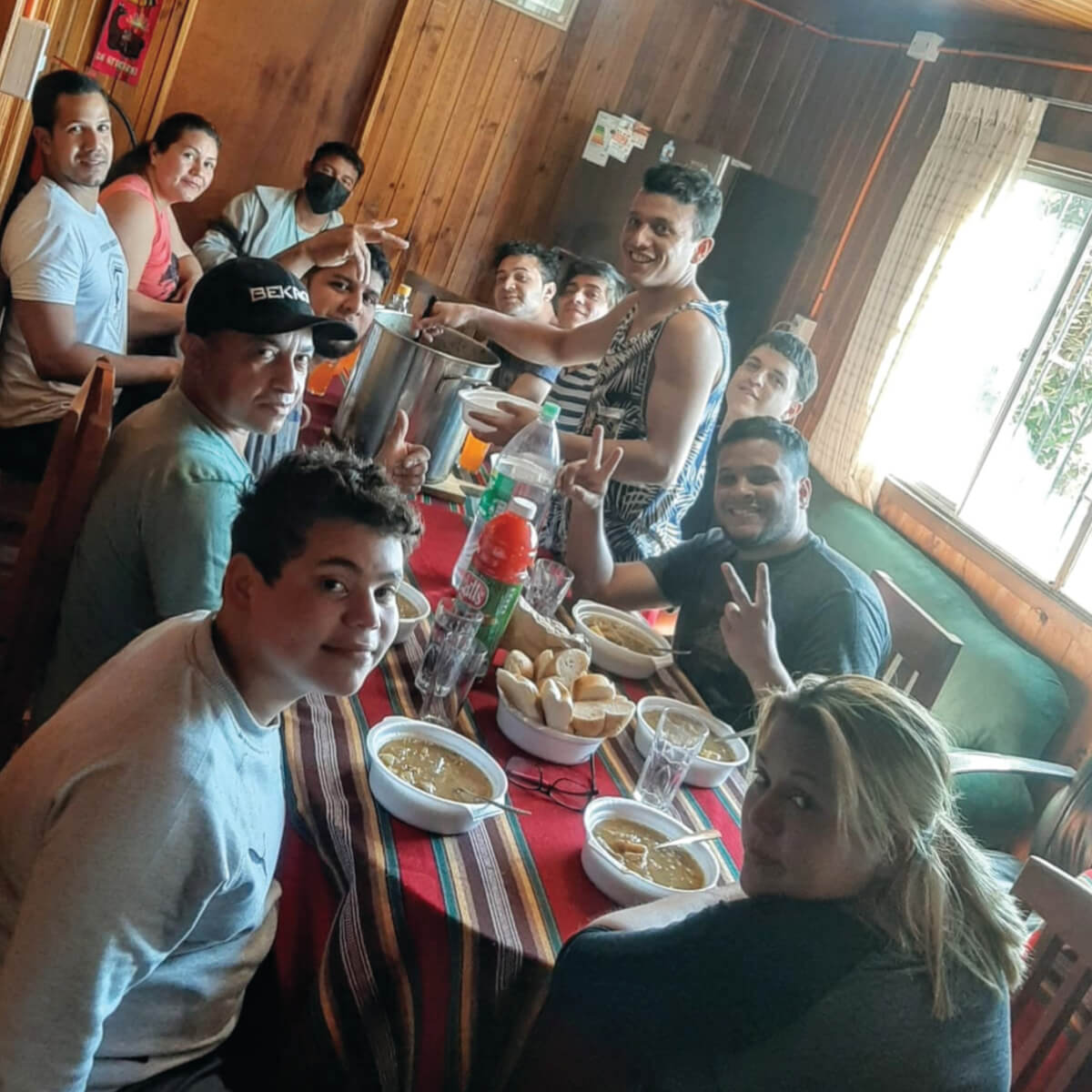 “When I left Venezuela in 2019, I was reunited with my husband in the Peruvian province of Trujillo. He had gone before me to find a place to live. The work we obtained had long hours each day and an extremely low salary. We could barely pay for food and rent. As we were treated badly and experienced a lot of prejudice and xenophobia, we decided to migrate to Chile.

“My husband arrived in Chile two months ago, staying at Casa San Columbano, the House of Hospitality for men. I arrived in Chile only five days ago and am so grateful to be able to stay at Casa Betania. We are so grateful to God and to the Columbans for all the help we have been given. Already, we feel like we are a part of the parish family.

“On my journey here, first to Peru and then onto Chile, I suffered days of hunger, with very little to eat. I felt united with my fellow Venezuelans in our suffering, who had left behind families and often children with grandparents, while we sought work in other countries. We do not know when, or if, we will see our loved ones again.

“On the way here, especially as we crossed the desert and mountains, I saw families with small children having to throw away the few belongings they had. We arrived with just the clothes we are wearing, hungry and exhausted.

“But, we have a really strong desire to work hard, to persevere at all costs and take advantage of any opportunities that become available. May God bless the work of the two migrant Houses of Hospitality in this parish.”

“This is my story since leaving Venezuela. My three children had no food, nothing to eat, no nappies and there was no work. With my three children, we crossed into Colombia and from there began a seven-day trip to Peru. We suffered cold, heat and hunger during those seven days in order to arrive in Peru.

“I was highly emotional when I arrived in Peru, with great expectations of having a much better quality of life there. However, a great feeling of deception soon took over. My children could not even study in public schools, because they were undocumented foreigners.

"My eldest daughter suffered greatly, victimised by the xenophobia, and refused to leave our rented quarters for fear of abuse. We were called bad people, who had come to take away jobs from the locals, and thieves.

“After three years of surviving all of this in Peru, I decided to leave my three children with their father in Peru and go onto Chile, to try to find a better quality of life for us there. Once established in Chile, my husband and three children would then reunite with me.

“The journey from Peru to Chile was very difficult and it is a good thing that my children were not with me. Many people took advantage of the few possessions that we, as a group of Venezuelan migrants, had with us. We were tricked, lied to and swindled. We were sold bus tickets that never existed. We had to walk through the Atacama Desert in the full sun of day and the freezing cold of night.

“But when you have faith, you can do many things and even greater things yet. God never abandons us. I am highly motivated about getting ahead and bringing my husband and three children here. Faith can move mountains and everything in this life is possible.”

Listen to "An unnoticed displacement crisis"