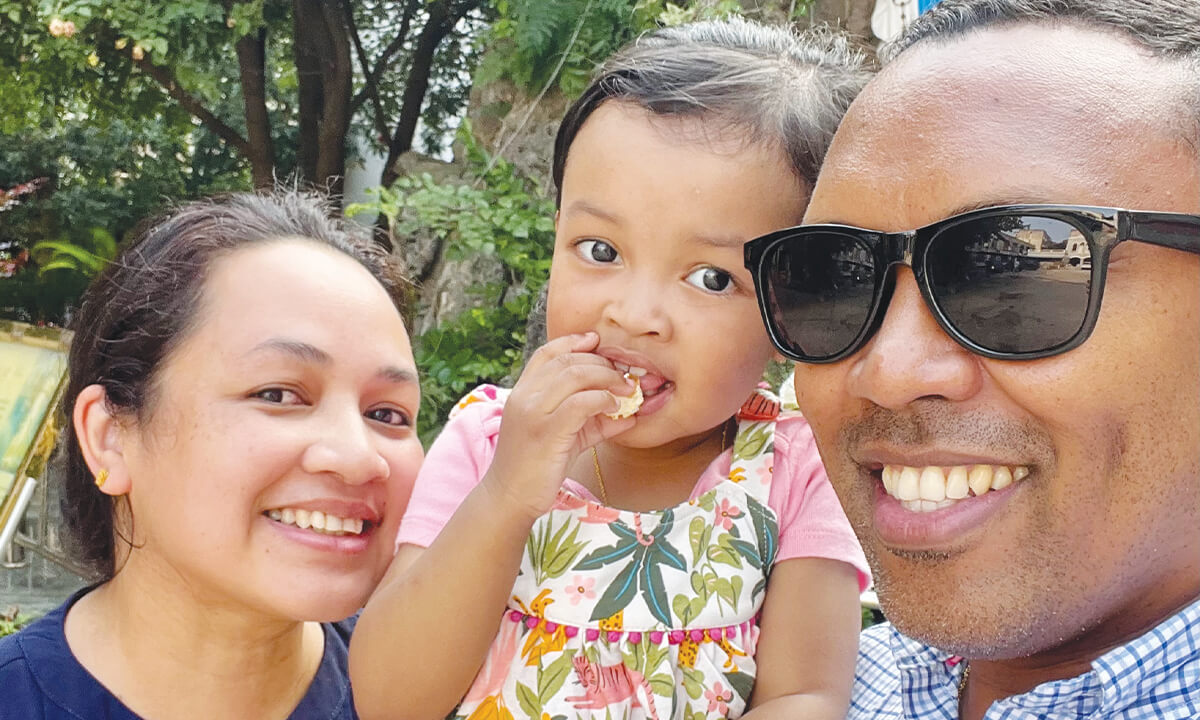 Having waited for more than two years to receive news of a resumption of Mass for the international Catholic community in Wuhan, the announcement of it happening for Pentecost Sunday seemed delightfully appropriate. For those who had lived with tighter restrictions than those imposed on the wider population, it was a sign of hope at the end of two long years when travelling home would have resulted in not being able to return to China to complete studies or continue work.

Almost an hour before the 3 pm Mass was due to begin, I entered Holy Family Church and was treated to the beautifully familiar music that had been part of the life of the community for so many years. Haja Rakotomanga was practising on the organ. It was a joy to sit quietly in a pew at the back of the church and simply soak in the consoling music that Haja had so often played during most of the years since the humble beginnings of the international community in December 2006.

As he played, there was an occasional unfamiliar note in an otherwise regular flow of music. Two years of not being able to play the organ at the church was not the cause of the unscripted notes. The source was a small pair of hands reaching up, full stretch, as far as the keyboard. Two years ago, Haja and his wife Hoby welcomed the birth of their daughter Harena, their joy overflowing following years of longing and some heart-wrenching disappointments.

In mid-January 2020, Haja informed the international community that reports of a virus in Wuhan meant he would not be at the church that weekend. At the time, it seemed an overly cautious decision in a city that had expressed minimal public concern about the little-known virus. The following week Wuhan was locked down in what would become an unprecedented global pandemic.

For Hoby and Haja, it was the beginning of four months of anxious waiting as they found their way through an abnormal experience one day at a time. Special arrangements were needed to travel to the local hospital for each medical check-up. Eventually, immense joy greeted Harena's birth in mid-May, grandparents at home in Madagascar as delighted as anybody else that brought the family safely through several challenging weeks to a day of unbounded celebration. Nobody was concerned about the family's inability to buy adequate clothing for the newborn due to shop closures during the pandemic. All that mattered was that a healthy child had been born and the multiple challenges of Wuhan's lockdown safely negotiated.

A few weeks later, Harena was baptised at Holy Trinity Church in nearby Xiantao, a time when churches in Wuhan had not yet reopened. The kind welcome shown by the religious sisters and the resident priests in Xiantao for a family visiting for the first time spoke volumes about what it means to belong to a universal church. Needless to say, a large selection of photos was sent home to Madagascar later that day!

Pentecost Sunday's celebration of Mass began shortly after 3 pm. The lower number of members compared to two years ago reflected the general trend for international communities in China during the pandemic, many people.

taking the option to return home and almost nobody able to come into the country.

Despite the reduced size of the community, some of the original choir members contributed in full voice to the celebration. The music from Haja's playing of the organ lifted our hearts to a place of renewed hope on the last day of Easter. During this time, further back in the church, Hoby was giving close attention to Harena, her musical aspirations somewhat restricted for an hour.

News of Harena's early musical contribution at Holy Family Church is probably already stirring the hearts of her grandparents in Madagascar. The daily photographs sent home are a way to keep family members up to date on what is happening in the life of a child that they have not yet met. When China's international travel restrictions are eventually eased, there is likely to be singing and dancing among all the generations of one family in Madagascar as Harena is brought the final step of her journey into the family circle. When that day arrives, her musical abilities and the great joy she has brought to the world will be seen as part of how God has blessed one family in Wuhan during this long and complicated pandemic. Through her gentle presence, the gifts of the Holy Spirit seem to be already finding a way to bring new life to the world.