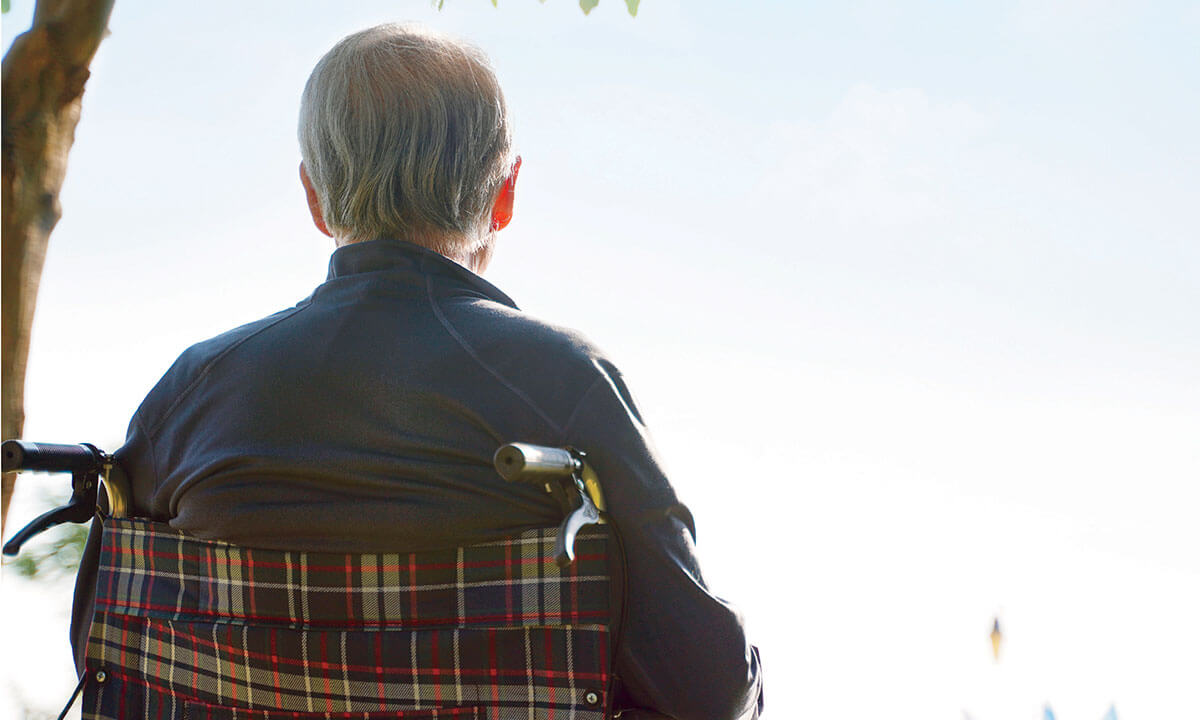 He never did an honest day’s work in his life. He lived to be 87 and I had the honour of celebrating his funeral Mass. His mother was a wildly zealous Catholic and she had him baptised before he could walk, which he never did. She called him Michael, but he was no archangel and became a self-employed volunteer seeker.

Shortly after he entered this world, his father departed for the other, leaving the hard-pressed mother with no option other than placing him in an institution for people with severe disabilities. You see, he was a person with an almost perfect disability from the day he was born.

He could never walk. One hand had the working power of about one percent. The other was totally inactive. He could not feed, clothe or wash himself. Nor go to the toilet unassisted. He could speak a few words, but it took a genius to figure out what he was trying to say between his clenched teeth. He could see, he could hear and he could charm. He was truly blessed.

As a youngster in the institution, he was often profoundly angry with God for giving him such a warped and almost useless body. He wanted to kick a football, hit a home run or chase after girls, but no such blessings came his way. The future looked bleak. Then one day he picked up the bible and began reading John chapter nine.

“As Jesus walked along, he saw a man who had been blind from birth. His disciples asked him, “Who sinned, this man or his parents, for him to be born blind?” “Neither he nor his parents sinned,” Jesus answered. “He was born blind, so that the works of God might be displayed in him.”

This was like a bolt of light shot down from heaven upon his dark soul. His eyes of faith were opened. God had spoken to him. “It is okay to be born disabled, even as disabled as you are. I am going to reveal my glory through you.”

Shizuo was filled with hope and saw a new future open up before him, as did Moses when standing before the daunting Red Sea, or St Patrick when he ran into God while herding pigs on an Irish mountaintop.

He made a decision. Against all advice, he decided to depart from the institution and settle in an apartment in the nearby city of Kumamoto, where many Columbans worked. He chose to move in the springtime, just as Kumamoto University was opening up for a new semester.

Each day, he sat outside the main entrance in his wheelchair, passing out leaflets that he had painstakingly managed to write with his better hand. The message was simple. “I am totally disabled. Can you help me live like a human?”

Many students saw him and rendered their assistance. They became his hands, his feet, his cook, his washing machine, his shopper, his beautician and his daily partners in life. When they graduated, some offered their gifts of time and labour. These were not Christians. They had had no contact with the Church until then. Part of their duty was to take Michael to Sunday Mass in his motorised wheelchair.

That is where I first met him. We became instant friends. With one or two student helpers, he would drive to the bottom step of the Church. Six steps to the top. I would lift his lightweight body out of the wheelchair and the students would carry the heavyweight machine up the church steps. Then I would dump him back into the wheelchair so that he could motor into Mass.

We built a special ramp for him so that he could drive in under his own steam. A ribbon was strung across the doorway to mark his first entry under his own steam and the cutting of the ribbon ceremony was a day to remember. In the presence of the parishioners and university students, he managed to cut it and majestically enter the Church. After Mass, I asked him how he felt. “Sad,” he muttered. He was able to convey the message that up to now being lifted-up and dumped back into his wheelchair was the delight of his week, but from that day on, no such joy. Then with a chuckle, he beamed and said, “I am delighted.”

So he lived. Always at Mass. Holding rosary prayer meetings in his home. He came to me for confession monthly. I never knew what he confessed, but when the great silence came, I confidently offered absolution.

In time, we parted. I moved on, but he always remembered me. He even made the 650-kilometre journey to my new parish with the aid of a university student. He just landed at my place and chuckled when he saw me.

In time, he was able to thank God for the gift of being born fully disabled. He might never have done an honest day’s work in his life, but he became God’s work of art in life, and the glory of God was revealed through him.

Listen to "My friend Yanagihara Shizuo"