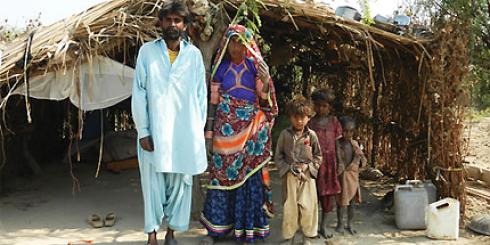 The economic system is not working for all people or the environment. It is increasingly concentrating wealth and power in the hands of a very few. According to a recent Oxfam report, 1% have 50% of the world’s wealth while the poorest 50% of the world’s population (3.5 billion people) have the same amount as just 85 individuals. It is the root of structural injustice and environmental destruction. This is a scandalous situation that must change for the sake of the poor and marginalised.

"The socioeconomic system is unjust at its roots."
Pope Francis, Evangelii Gaudium (#59)

Pope Francis criticises economic growth, and the free market, which he says has led to "a globalisation of indifference" (#54). His exhortation, 'Evangelii Gaudium' (The Joy of the Gospel) is a clear vision for life founded on a personal encounter with Jesus Christ. He exhorts all communities to an "ever watchful scrutiny of the signs of the times. This is in fact a grave responsibility, since certain present realities, unless effectively dealt with, are capable of setting off processes of dehumanisation which would then be hard to reverse" (#51).

The Encyclical letter of Pope Francis, Fratelli Tutti – on fraternity and social friendship, highlights the need to strengthen our commitment to the common good, fostering our true humanity, which is communal in nature, over and against an excessive growing individualism in the world which is a virus that does not allow us to live in community. Our vision for the future is based on the Reign of God, a Reign in which the last are first, and our vision is from the view of the least, the lost and the last, rooted in service and love, not domination and power.

Columban Missionaries are motivated by their Gospel commitment to respect all life (human and non-human), choose to be in solidarity with the poor, and promote authentic development that respects human dignity and limits material growth. In the countries where we work, Columbans have dedicated their lives to live with the people who endure poverty and work with them to improve their situations. In the 1980s, when the debt crisis occurred in the developing countries of Latin America, Asia and Africa, Columbans were involved in research about the causes and produced resources to help raise awareness about the structural injustice and the immediate impacts of the resultant poverty on the lives of people. This mission work continues today through our work in the area of migration, refugees and human trafficking.

Columban Missionaries reject the models of development promoted by many multinational corporations, governments and international financial institutions that is based on the intensive exploitation of natural resources, most of which are non-renewable. It is a new form of colonisation called the "resource curse" which creates conflict, dependency and an increased gap between rich and poor.

Easter Eggs Fairly Traded?
People who want to eat ethically produced chocolate are realising that they can do something. Fair Trade chocolate sales are on the rise in Australia. Read more

Chocolate, Slavery and Debt
While you are dreaming of chocolate, do you ever wonder where the chocolate comes from? One connection is between the production and marketing of chocolate, slave labour, and developing countries' debt burden. Learn more

Columbans in partnership with Jubilee Australia
Columbans were involved in the Jubilee 2000 global campaign to cancel the debt of heavily indebted developing countries. This campaign was advocated by Pope John Paul II and supported by many church and religious agencies. Learn more

Jubliee Australia promotes accountability for the causes of poverty and injustice in the Asia Pacific, elevating the voices of affected communities.

Australian Fair Trade & Investment Network (AFTINET) is a national network of community organisations and individuals whose campaigns for fair trade are based on human rights, labour rights, and environmental sustainability.